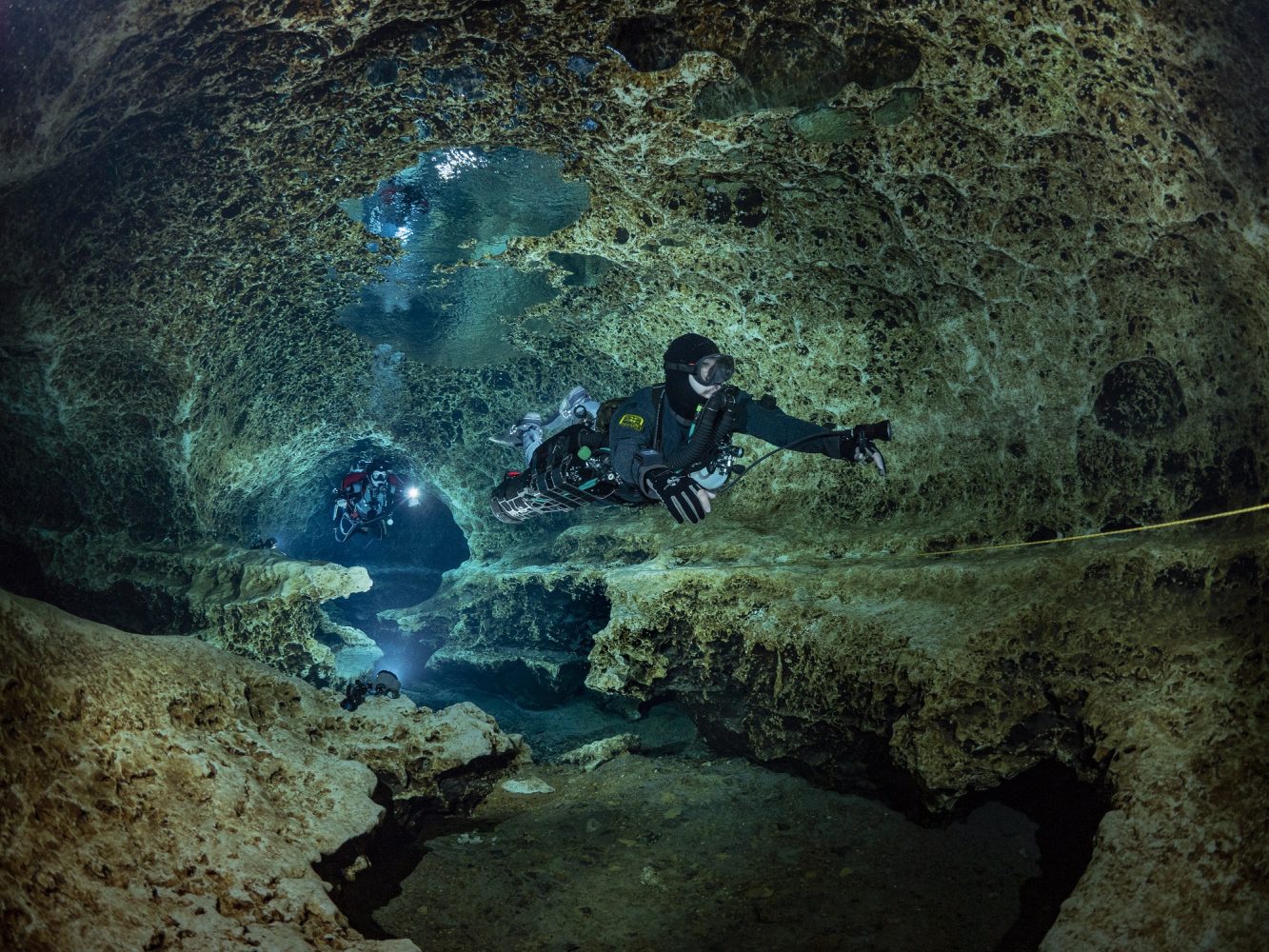 “To err is human” Alexander Pope

In his “Essay on Criticism,” Alexander Pope wrote “To err is human, to forgive divine.” However, if you are not prepared to err safely in cave or rebreather diving, you will come face to face with your preferred divine being, begging for forgiveness.

Stratis Kas’s book, Close Calls, a compilation of stories from a roll call of “who’s who” in diving, attests to the fact that the very best of us can and do make mistakes, or err. That they are still here to share these lessons with us affirms the huge amount of training, preparation, and experience required—and, as many will admit, no small amount of luck.

Gareth Lock, author of Under Pressure, is fond of the phrase “fail safely,” and with good cause. As he puts it, and I paraphrase; the human in the machine is at the heart of likely outcomes. In my own experience as a psychologist with expertise in human performance, the best systems, processes, and technologies are often outwitted by an unwitting fool or an arrogant wise man.

Today there is a surge of divers wishing to become cave divers, perhaps because it is perceived by some as the pinnacle of diving—in skill and status—or perhaps because it is seen as more accessible. Certainly, social media has given access to the incredible and beautiful environments that were once the playground of a select few. Divers are discovering that cave and modern diving practices, equipment, and training are making it a much safer environment until they start exploring virgin caves. Closed circuit rebreathers (CCR) are now mainstream and in wide use by many divers. In cave and deep dives, I would say they have become the primary tool; the limitations of open circuit scuba are seen as making it inappropriate for most “big” dives.

By the time a diver reaches their CCR cave course, they will, or should be, a knowledgeable, skillful, and competent diver on a CCR. Perhaps the odd one will find a shortcut, but it is the exception rather than the rule. In addition, the majority will already have some open circuit cave training, at least to intro level if not to full cave. The pathway from zero to hero in the cave is much longer and more difficult to shortcut than, say, open water to instructor status. Starting cave diving on CCR from cavern to full cave is, and should be, a much longer route.

So, the CCR cave instructor is not dealing with an inexperienced CCR diver; nor, if they are as careful in their acceptance of students as most are, will they be dealing with an adrenaline seeking-junkie. See “Why We Cave Dive” (video) for reasons why some divers seek out the karst realm, as well as examples of divers we hope to encourage into the sport and those we prefer to avoid it.

The job of a cave CCR instructor is not to prevent all errors or mistakes. It would be both arrogant and foolish to believe that instructors can overcome human nature and the situational factors found in closed circuit cave diving. The instructor’s role is to lessen the frequency and severity and to mitigate the consequences of those errors as, and when, they occur. The instructor must do this in the course, ideally exposing students to likely errors or challenges in controlled conditions and embedding appropriate solutions. Students should acquire appropriate and controlled emotional, cognitive, and behavioural responses.

Being a cave instructor has a few significant differences from being a deep technical rebreather instructor. Here are a few:

Cave diving demands a greater equipment load. The number of backups can be summarised as “Three is two, and one is none.” So, three sources of light sufficient to complete an exit, three cutting devices, reel/spools, markers, breathing sources, and more. Before entering any overhead environment, the instructor must help students configure, become familiar with, and master accessing and manipulating their configuration. For this reason, cave divers opt for simple, easy solutions that are robust and definitely not prone to failure. This applies to their primary gear (CCR choice) and to every single piece of backup gear.

My own choices are primarily sidemount-based in the cave; the Liberty rebreather; Divesoft computers, primary reel and markers; plus O’Three 90ninety shell suit; and Apeks regulators and spools, all based on a Razor Sidemount System. In backmount I use a JJ-CCR, but I am now using the Liberty Sidemount rebreather as a bailout system. All simple, proven, tough, and each piece having substantial built-in redundancy/failure management options.

The instructor’s primary role—despite what many believe to the contrary—is, in any diving, to ensure that the students are safe and that they go home unharmed medically, physically, or mentally. Secondary to this is teaching skills, having fun, and awesome and epic dives. What a big ask in cave diving!

Progression in open water diving is more straightforward, especially using mixed gas. In the absence of narcosis, divers can build up deco time gradually and have a pre-rehearsed familiar exit/ascent permanently above them. Although not different in terms of time to exit, an open water deco ceiling somehow seems, to most, to be less of a psychological threat than several hundred tons of rock.

I have seen cave divers suddenly go from a point of being perfectly happy to being very unsettled and distressed within a few meters. There is actually a term for this: penetration stress. Penetration should be slowly built up over time with confidence in the linear distance built through many dives—some, but not all, including stressful exits (blind, bailed out, manual control, or touch contact).

To do this, an instructor needs considerable empathy. Some instructors may shy away from this and instead use a pseudo militaristic approach by battering, bullying, or belittling the student, constantly tearing off masks, shutting down gas, or more. (We are talking personality types here, not problem solving training.) Stay away from these people at all costs.

Instructors cope with a high task load. Not only do they have to monitor the group’s penetration distance, navigation, and teamwork, but they also need to monitor the students and their own PO2, decompression obligations and time to surface (TTL), bailout supply and limits, on board gas supply, scrubber durations, as well as to teach. In order to do this, a few tricks are employed. Some of these may be useful when diving in any CCR team:

As an instructor, you want the students to develop their own robust team dynamic. If you are part of this, too often, students will always defer to your authority and default to you for leadership and solutions. So, if you do join the team to make up numbers, always be number 2, the weakest member, and play the part. Students don’t need to see how clever or skilled you are, they need to develop their own skills.

Navigation: Know the cave you are teaching in. For students’ first dives where I may not know them or their capabilities, I like to be in caves where a lost line would not be an issue for me in terms of exiting. Take Ressell in France for instance: A quick glance at the ceiling and a look at the scallop shapes in the rock, and I know which way is out.

These assume a whole other level of importance in cave and rebreather diving. A checklist is useful but only if you properly check everything on it. Turn backup lights on and off, breathe bailout regs at least 4-5 breaths. Fill and dump wings and drysuits. Prevention will ensure survival. It will also give students confidence, which means you are less likely to have issues, you’ll get a better response if you do, and you can actually enjoy the dive. [Ed.—Check out GUE’s Pre-Dive Sequence here]

Here are a few tricks I also like to instill:

Finally, students will learn a lot of new skills, from what to do when you lose teammates, lose or become entangled in the line, encounter a broken line, have light and equipment failures, and more. Many of these will be done with blindfolds or blacked-out masks (mine say, “Use the force” on the front). On an open circuit, these situations can be challenging. On CCR, doing blackout drills while controlling loop content and volume, handling multi bailouts, and more, requires time both to learn and to embed. Don’t do it until you get it right, do it until you can’t get it wrong. Sometimes the lost line drill will provide unique challenges to get it right. If conducted correctly, you will probably get it wrong half the time!

Ultimately, graduating a new CCR cave diver is a moment to enjoy for the instructor—one with a need for appropriate gravitas and consideration. I have certified divers who were less proficient than other divers that I failed or asked to repeat. That was because a student’s attitude, mental strength, and sound decision-making ensured that they would likely go home safely from each dive. As the sign posted at the entrance of almost every cave reads, “Nothing in this cave is worth dying for.” There is an awful lot of cave diving worth living for, and I have been privileged to see some spectacular caves.

The Darkness Beckons by Martyn Farr

Matt Jevon, M.Sc. F.IoD, is a Full Expedition level Trimix and Cave instructor on OC and CCR with TDI and ANDI. He is a JJ-CCR and Divesoft Liberty Sidemount instructor and dealer for Ireland. Matt’s personal diving has included cave exploration in the Philippines and wreck projects in Croatia and Ireland, and he was one of the inaugural Dirty Dozen in Truk! Matt has held accreditations as an interdisciplinary sports scientist, sports psychologist with the British Association of Sport and Exercise Sciences (BASES), and was a British Olympic Registered Strength and Conditioning Coach and invitee on the Olympic Psychology Advisory Group. Matt works in the high performance business as a board advisor and non-exec, high performance sport, and expeditionary level diving as a partner in South West Technical Diving in Ireland (), and hosts the Facebook page “Psychological Skills for Diving.” 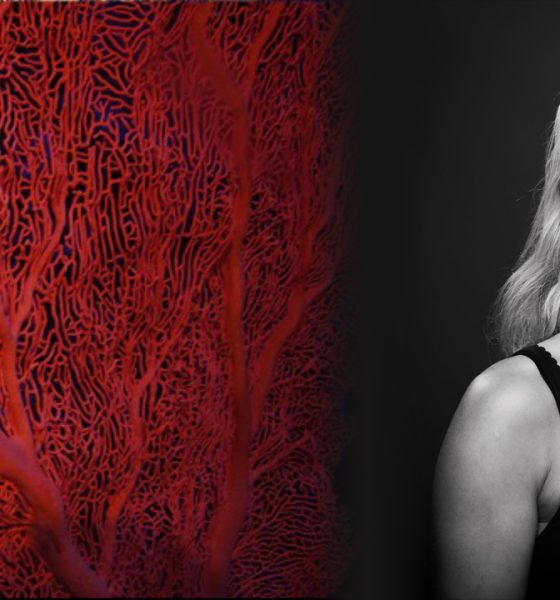 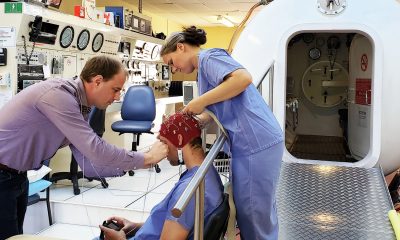 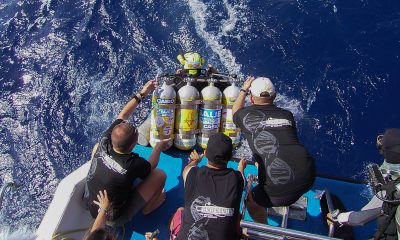