Though they were late to the party, Global Underwater Explorers (GUE) is leaning forward on rebreathers, and members are following suit. So what’s to become of their open circuit-based TECH 2 course? InDepth’s Ashley Stewart has the deets. 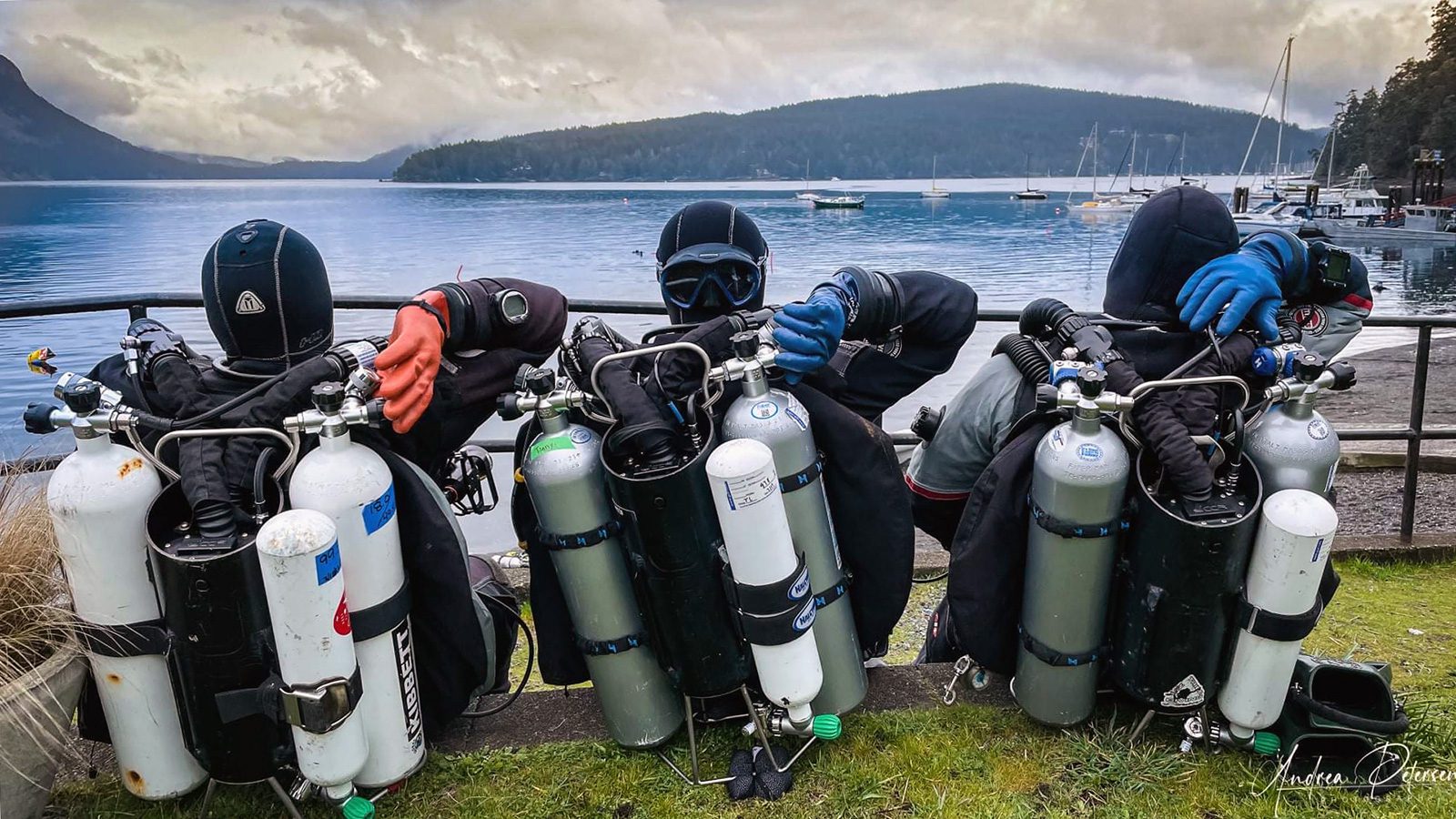 Neal Pollock’s piece in this month’s issue — “Will Open Circuit Tech Diving Go the Way of the Dinosaur?” — has us wondering: What does Global Underwater Explorers, a leading technical diving organization and the publisher of InDepth, think about the future of OC diving?

GUE still offers training for open circuit dives to 75 meters/246 feet (and certifies divers at even greater depths after more experience) but has appeared in recent years to trend largely toward closed circuit rebreathers for longer and deeper dives. Just a few years ago, GUE reimagined training for closed circuit rebreathers (CCR), splitting the program into two classes and removing the requirement for divers to take the organization’s deepest open circuit class before embarking on the path to rebreather diving.

GUE Chairman Jarrod Jablonski believes “anyone doing anything of merit” will prefer rebreathers. While short, shallow recreation dives may continue on open circuit, CCRs provide significant benefits, such as safety and flexibility, particularly for dives greater than 20 minutes at depths beyond 80 m/260 ft. Pollock’s piece details the safety arguments for CCR, but there are practical benefits that come as no surprise to anyone who has seen the gas bill at the end of an open circuit trimix dive or tried to plan for tank logistics.

Take GUE’s project at Sweden’s most famous shipwreck, Mars the Magnificent, where the typical dive profile is 77 m/250 ft with a 40-to-50-minute bottom time.

“One open circuit diver on the Mars project would consume more gas than 12 CCR divers combined,” Richard Lundgren, a GUE board member who ran the Mars project and started building GUE’s CCR program in the late aughts, told InDepth. Open circuit diving is therefore uncommon when it comes to projects of greater depths, Lundgren said, such as within and beyond the range GUE trains divers in “Tech 2,” from about 51 m/170 ft to 75 m/246 ft. There are still a lot of open circuit projects, Jablonski said, but they’re generally in the range of 40 m/130 ft, or shallower.

So why does GUE teach open circuit at these depths? Jablonski sees value, “for the time being,” in GUE’s current Tech 2 class. “For one,” Jablonski said, “some divers prefer to move more gradually toward rebreathers, or may want to explore and confirm an interest in deep diving before they make the significant investment in CCR.”

Plus, open circuit experience, Jablonski said, remains useful since the failure mode for most rebreathers remains open circuit. “All divers should have some experience with gas consumption and ascents on open circuit,” he said.

Lundgren, meanwhile, thinks of the call as necessary only for divers who are not eager to use rebreathers. “The skills and procedures acquired in the Tech 2 class are embedded in the CCR 2 class and, as such, is not a necessary step in the development,” Lundgren said. T2 enrollments have remained at a steady number, despite being removed from the pathway to CCR. GUE class enrollment trends, Jablonski reported, are showing CCR divers are trending toward CCR2 while RB80 semi-closed rebreather divers are still following the pathway of Tech 2 to rebreather.

GUE has yet to publish its 2021 annual report, but the organization provided data to InDepth showing CCR1 enrollments were 2.5 times more than Tech 2 enrollments last year.

Is deep open circuit tech diving destined to share the fate of the spinosaurus? Complete our short OC vs CCR survey to help us find out.

InDepth: How GUE’s Approach to Rebreather Diving Compares to My Previous Courses by Andy Pilley