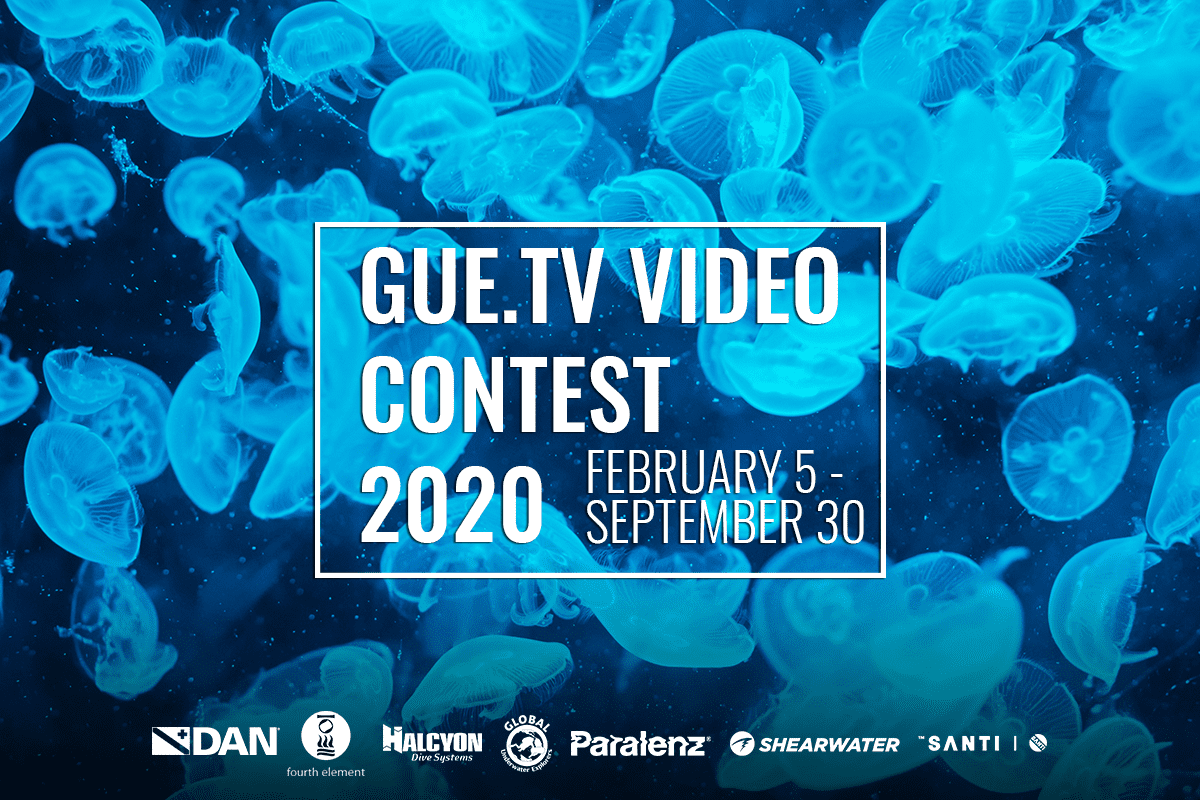 Global Underwater Explorers (GUE) along with contest sponsors Halcyon, Fourth Element, Paralenz, Shearwater, Santi, and Divers Alert Network (DAN) are looking for videographers to show off their skills while sharing their passion for the underwater world.

In celebration of the magnificent underwater world, Global Underwater Explorers’ ​GUE.​tv is pleased to announce a 2020 video contest. Video submissions should connect the viewer to the majesty of the underwater world and focus on a particular aspect of the subject’s location, such as its unique ecology, ecosystem vulnerability, or marine life inhabitants. Alternatively, the video could provide a personal account of the impact this environment has made on the creator. The style of the video can be at the discretion of the creator, but it must be a minimum of three minutes long and a maximum of ten minutes.

Thanks to the sponsors of the contest, entrants will be entered to win:

The contest opens on February 5 and will continue through September 30, 2020. To submit a video, please use the entry form ​here​. Submissions received before or after these dates will not be considered.

The contest is open to all applicants 18 years of age or older at the time of contest entry. Younger creators are welcome to transfer rights to a legal adult who can submit on their behalf, but the prize will be awarded to the name of the legal entrant. Please review all of the rules and regulations of the contest ​here​ before submitting a video.

May the odds be ever in your favor.