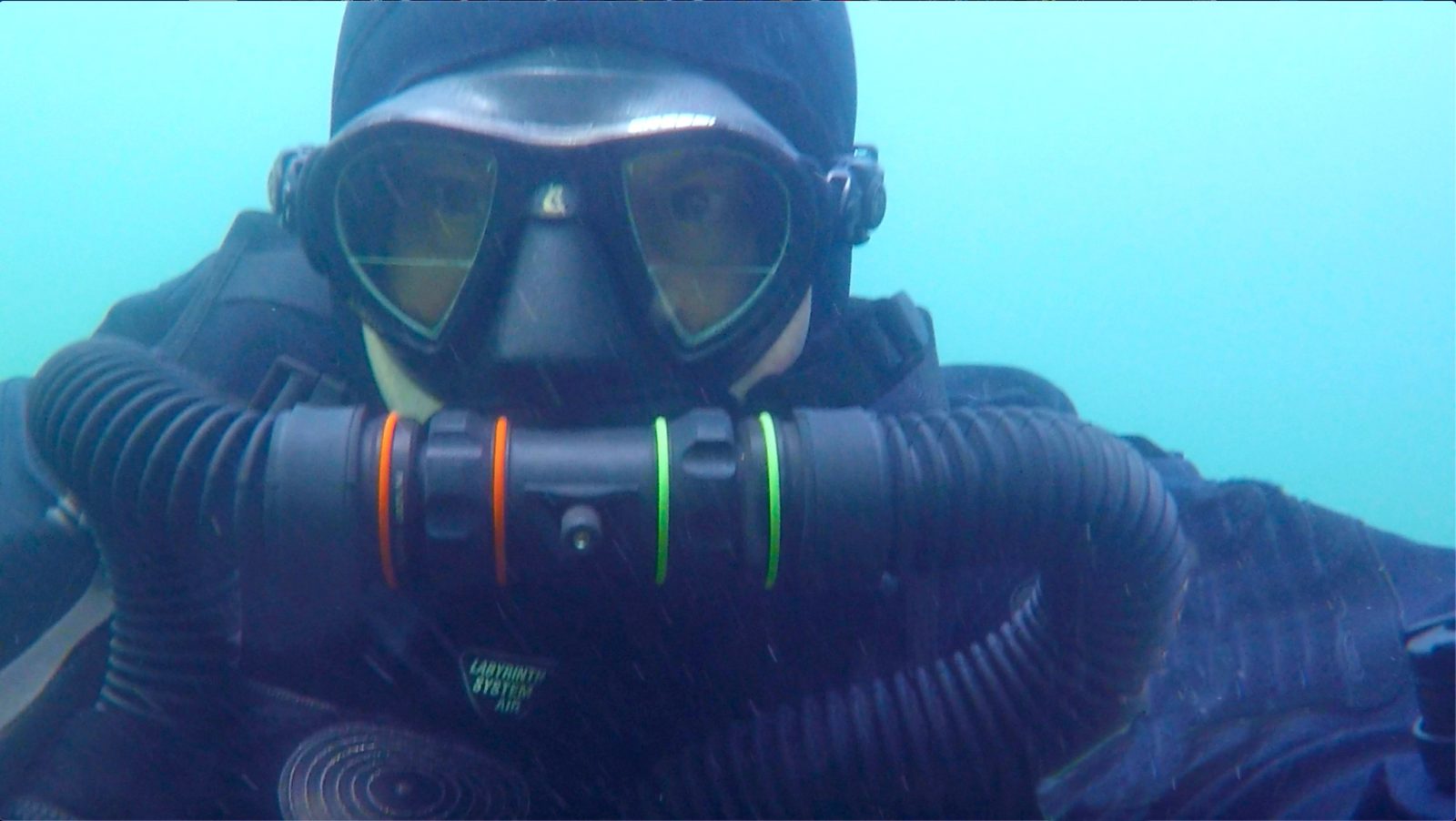 A Case of Hypoxia on an Oxygen Rebreather

In 2019, I was a member of an international diver team that was testing the most up-to-date military tactical equipment, including special dry suits, rebreathers, hi-tech ballistic protection, helmets, night vision systems, military Advanced Diving Vehicles (ADVs also known as diver propulsion vehicles), and many other real toys you see in action movies.

One afternoon, a military diver decided to dive a light configuration with a fully closed oxygen rebreather, dry suit, dive computer, and standard accessories. The pre-dive check was smooth and successful, the oxygen cylinders fully filled, the soda lime filters newly replaced with new sofnolime. The atmosphere was of a fun, relaxed dive as when diving with a group of friends.

The lake was calm, water temperature was 15ºC, and crystal-clear visibility—very good ambient conditions for that kind of dive. I was supporting the team by providing assistance. We began the dive with no problems, the pre-dive check was successful, and we performed a correct lung circuit purge for keeping air out. All the divers were maintaining a steady breathing rate, the rebreather lungs were regularly expanding, the oxygen was being added manually, and max depth was kept at 5 m/16 ft with the help of a line connected to a buoy.

After twenty minutes, one team member started demonstrating signs of discomfort, as if he was in distress. He suddenly emerged and then lost consciousness. His face was blue, and he was not breathing. We immediately brought him to the lake shore removing his drysuit (actually cut it open)  and started CPR. Thankfully,we were able to revive him. One characteristic of the full oxygen rebreather is that if a diver has an accident diving with it, they tend to either die, or they survive with no permanent damage. There’s nothing in between. Full stop.

This diver luckily survived.  He was flown by helicopter to the nearest hospital for a medical screening where he spent the night. He was back with us the next day, smiling. But after the accident, we wanted to understand what caused the problem. I surmised it most likely was a caustic cocktail that had occurred because water entered the soda lime filter, affecting his lungs and causing loss of consciousness. There was no other logical reason, as the diver was trained in using oxygen rebreathers,which requires special attention.

The team felt some urgency to investigate in order to determine the cause of the incident and took the following steps:  First, we opened the rebreather and removed the canister, but we saw no sign of water flooding inside. The soda lime was dry, as were  the breathing lung and the mouthpiece with corrugates. Then, we speculated that the incident could have been caused by carbon dioxide poisoning, but the soda lime had not  been used before and had recently been replaced. Next, we wondered if it  might have been carbon monoxide poisoning, and because of this concern, we connected the oxygen cylinder to a DE-OX multigas analyzer. That’s when we discovered the frightening reality:  no carbon monoxide, no carbon dioxide, no helium, but only 80% oxygen. It seemed impossible.

How could decanting certified pure oxygen from a big cylinder to a smaller cylinder lead to only 80% oxygen? The oxygen sensor must be at fault, we thought, so I replaced the analyzers with two other oxygen analyzers. The verdict was the same: 80% oxygen. The conclusion was that our diver had suffered from hypoxia when the partial pressure of oxygen went below the necessary amount for life support.  When he emerged, the oxygen partial pressure went even lower, causing him to lose consciousness.

If that was the cause, we were determined to discover how that could have happened. We tested the big oxygen cylinder, and it was 100% oxygen. Then I proposed that it could have been the booster used for pumping oxygen into the small cylinder. As the booster was driven by low-pressure compressed air, it could have resulted in a mixing of air with oxygen if compressed air leaked into the oxygen pumping chamber. Though unable to be certain, after checking all other options, we concluded that this was the most likely possibility.

How could a diver go hypoxic by breathing a nitrox gas mix with 80% oxygen? It’s a result of the nature of an oxygen rebreather, which has no O2 sensors. Oxygen is added to the loop by means of an add-valve that can be operated manually or automatically based on hydrostatic pressure. So, at a constant depth, the valve would add nitrox 80 in proportion to the amount of 100% O2 consumed by the diver and the CO2 consumed by the sorb. As a result, the FO2 and therefore the PO2 in the counterlung and loop would steadily decrease (the loop would gradually fill with nitrogen) until the gas became hypoxic.

After experiencing this event, I definitely keep pushing all divers to analyze their gas cylinder, regardless of whatever dive and gas mix they are going to use. Gas analysis is not sexy, but it can save your life!

Ed. Note: GUE Standard Operating Procedures: A diver should personally analyze & label all their tanks on the day of the dive.

Eugenio Mongelli was born in Rome, Italy, in 1965 and has been deeply attracted by the sea, diving, and scuba gear technology since childhood. Having learned to scuba dive in 1982, he first dived a closed oxygen rebreather in 1984 and then began using electronic closed-circuit rebreathers from the mid-1990s. Mongelli became a diving instructor in 1991 and is currently a free diving and scuba diving master instructor, and a rebreather and trimix instructor with FIPSAS, CMAS and TDI.

Mongelli was shocked to discover aquaCORPS magazine in the early ‘90s, which opened his mind to new horizons in diving that have become his life path. A doctor in management engineering and a former naval officer, he founded the TEMC DE-OX company in 1996 with the intent of providing digital gas analyzers specifically designed for both sport divers as well as the military and commercial diving communities. Since then, he closely follows the development of technical diving in all aspects of training, learning, designing new gear, and has been an active part of the global community.