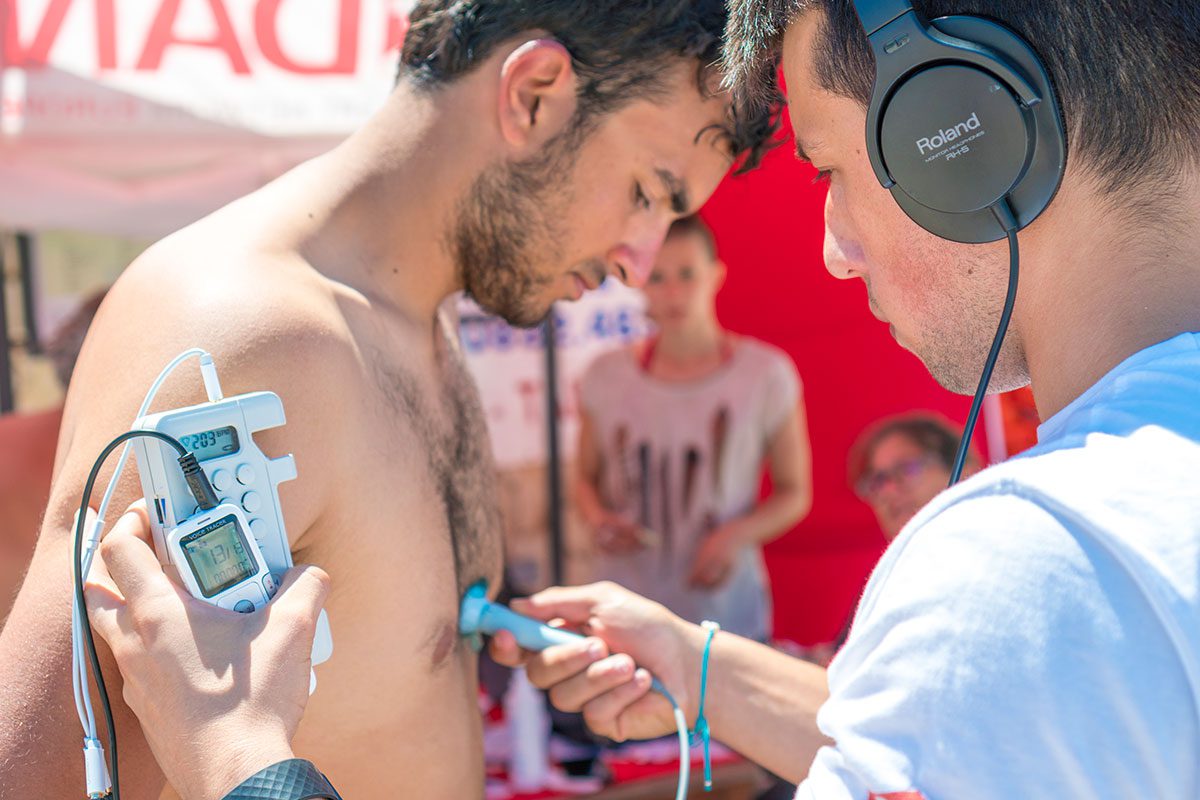 It’s no secret that hyperbaric medicine is a niche field of researchers driven by interest and passion rather than funding. Take away the wound care applications (and with it the majority of the funding) and the field grows even smaller. Today’s cutting edge data analysis tools haven’t yet been brought to bear in the search for a definitive understanding of decompression sickness (DCS), and the result is reliance on models that are fairly good but fail to account for numerous unknown factors. Our current models are inconclusive not because of any shortcomings of those in the field but due to a lack of statistically significant data.

More than one study of divers has called a group of 25 or 40 divers “large,” and many of the foundational studies for current decompression theory have been based on data taken from just a handful of participants. The results aren’t quite anecdotal but lack the impact of modern big data studies made possible by advancements in database analysis and statistical wizardry. The analysis of huge sample sets with consideration of relevance and risk factor probability and incidence reveal not only the flaws in earlier data but entirely new avenues of study that just can’t be correlated with smaller sample sizes. The issue for divers is that databases of this size are expensive and logistically challenging to manage and their analysis even more so. Neither the resources nor the data on divers has been available — until now.

Recently, researchers at DAN Europe published Dive Risk Factors, Gas Bubble Formation, and Decompression Illness in Recreational SCUBA Diving: Analysis of DAN Europe DSL Data Base. What the title lacks in punch the paper makes up for in creativity and execution. Here’s a look at what’s come out of the first big-data project on DCS.

With a project of this scale, establishing the scope and aim can be an undertaking in itself. At its core this paper is an analysis of nearly 40,000 open-circuit recreational dives collected from European divers beginning in 1994. The project aimed to understand the risk factors that contribute to DCS, reveal trends among real-world DCS cases and look at how hypothesized factors including body type, age, gender, workload and environmental conditions contribute to bubble formation and DCS evolution.

Using diver questionnaires submitted with dive profiles, researchers focused on the statistical analysis of 2,629 divers (2,189 men and 440 women). These divers were an average of 37 years old and recorded 39,099 open-circuit dives on air (37,261 dives) and nitrox (1,838 dives) to depths from 5 to 104 meters. Dives using trimix or rebreathers were excluded from the study. The body mass index (BMI) of each diver was calculated, as was the maximum gradient factor associated with each dive. Researchers calculated gradient factors for 16 theoretical tissue compartments for each dive and grouped them into three categories: fast, medium and slow. Additionally, 970 dives involved post-dive Doppler bubble counts. These scores were graded and statistically compared to known and possible risk factors. The sample set included 320 dives that resulted in DCS symptoms, and these were similarly reviewed as an additional dataset. Though daunting in scale, the data is relatively straightforward. It’s in the analysis of this data and the deluge of possible avenues for future research that complexity arises.

The beauty of big data is its ability to resemble the reality of a messy and unpredictable world. As sample sizes grow, the results approach reality, and data sets should begin to resemble known quantities. By the numbers the bulk of our community is recreational divers who perform relatively benign dives, and this is what the DAN researchers’ analysis showed. Most of these dives involved reasonably safe exposures, with an average depth of 27.1 m, run time of 46.4 minutes and maximum gradient factor of 0.66. The average ascent rate was significantly slower than the maximum recommended 10m/min, and very few omissions of decompression obligations occurred. Bubble data confirmed prior study results, showing bubble formation peaking between 30 and 45 minutes post-dive.

What’s most interesting is not the confirmation of diver conservatism or bubble formation but the number of theorized risk factors that appear to be experimentally confirmed and the number of unknowns left to study. There’s a lot to unpack, so here’s what we know (raw data can be found in the paper for those interested in chewing the numbers themselves).

Non-profile-related risk factors such as current and effort at depth have been on the table as possible risk factors for a long time, and that’s where they’ll stay for now. Researchers could not find a statistically relevant connection between these and DCS risk, but they did theorize that these could increase stress in divers, which could increase risk. More on that below.

While conditions couldn’t be correlated with risk factors, researchers theorized that stress and hormone release could affect bubble formation. This is the subject of a follow-up study — one that links to another interesting connection. Some data has shown that women may be at greater risk for DCS despite few physiological differences between the sexes, and some data has connected menstrual cycle peaks with higher DCS risk and the use of oral contraceptives with decreased risk. The confluence of all this is an interesting foray into the connection between hormones (naturally produced and exogenous) and DCS.

Big data shines in revealing unexpected results, and the effect of visibility on bubble formation is a great example of this. Analysis of the DAN database seems to show that DCS prevalence has an inverse relationship with visibility. This plays into the study on stress and hormone release mentioned above, but it’s interesting to see that workload and current couldn’t be correlated to DCS risk while researchers thought visibility warranted further consideration.

Research has a way of pulling you in and leaving you hanging without a life-changing conclusion, and this study is no different. This work produced fascinating results, remarkable progress in understanding many of the prevalent DCS risk factors and several unexplored future possibilities. But we haven’t quite solved the mystery of DCS yet. Analysis of the 320 cases of DCS showed that the majority (73.7 percent) occurred with gradient factors (GF) between 0.7 and 0.9 (note that the M-value is 1.0 on this scale), which indicates that an acceptable amount of decompression was performed by most divers.

Only eight cases showed a gradient factor of greater than 1, meaning that a full 97.5 percent of these symptomatic DCS cases would be considered “undeserved” as understood by just our models. The takeaway? We know more — a lot more — about what factors affect DCS risk, but we don’t know everything yet. Keep an eye on the follow-up research from this study; this database is being enlarged to include technical and freedivers, and researchers hope to eventually apply artificial intelligence to search for more undiscovered insights in the data.

Heads Up Swimmers and Divers Who Swim