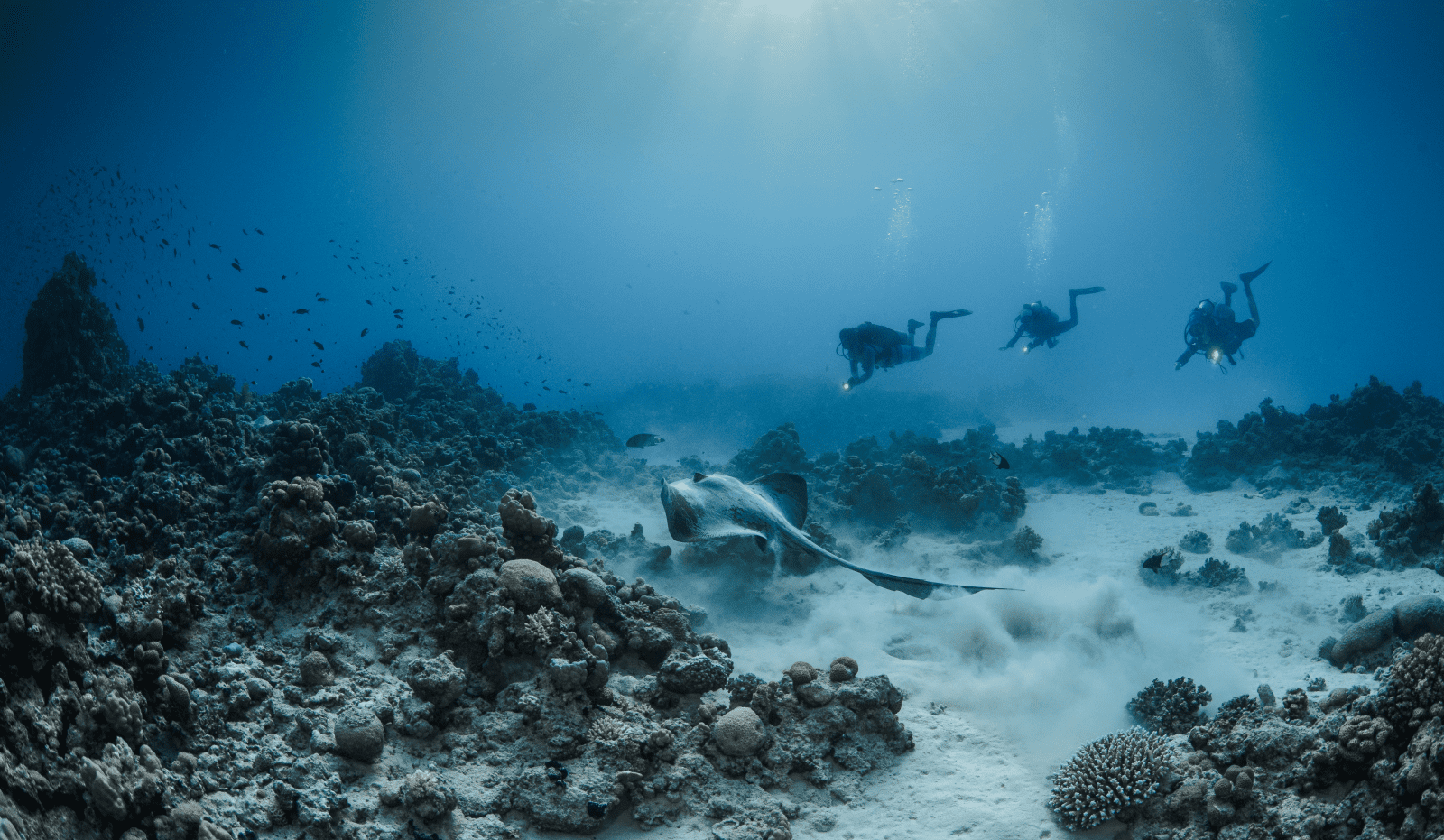 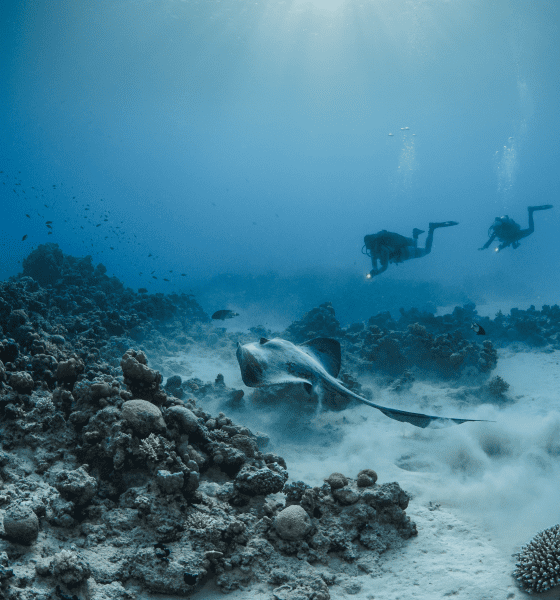 Mix together strong coffee, GUE divers, err models, dancing, a liveaboard, and six-day photoshoot on the Red Sea and you would have the annual Creative Trip with the Red Sea Explorers. Sponsored by DAN Europe, Fourth Element, GUE and Halcyon Dive Systems. What might such a week-long, breathe-outside-the-box photoshoot—in the Red Sea!—look like? Here’s a snapshot.

Each year, GUE makes a trip to the Red Sea, in Egypt, with the goal to drink coffee, go diving, and most importantly, capture photos and videos. Anyone from a GUE Recreational Diver Level 1 and up can join for a week-long adventure with multiple dives a day at some of the best dive sites in the world. With the global pandemic continuing to be a factor,  we thought we would miss the trip again this year, but we were able to follow travel guidelines and gather with friends old and new for a very successful trip. This year the Creative Trip was sponsored by Fourth Element, DAN Europe, Halcyon Dive Systems, Red Sea Explorers, and GUE.

Here are some of our captured moments and thoughts on the trip from photographers and models.

“Photography is not my day job anymore these days, so my personal goal was to practice my hobby. Essentially, I wanted to create a few beautiful images with the help of models who are comfortable in the water and disciplined in their approach to diving. I managed to do that, coming away with several dozen photos that I’m excited to add to my portfolio. Working together with the other photographers and filmmakers was an unexpected bonus, and the highlight of the trip for me. Somehow, between all the planning, diving, sorting, and editing of photos, we also found the time to  exchange ideas for new images, share lighting and editing techniques, and collectively level up our skills. It was an intense week, but I certainly learned a lot. I’ll be back next year if I can – I’ll just book another week of holiday afterwards to recover!

The Red Sea is an ideal setting for this kind of trip. Warm water, easy conditions for diving, and effortless logistics (thanks to Red Sea Explorers), which means the whole team can focus on the fun stuff – image-making. Great visibility makes for much more impactful wide-angle photos (my favorite). And the reefs, shipwrecks, and charismatic animals which were excellent subjects and backdrops for our talented models. There are so many great wrecks to explore, even in shallow water! Now that I’ve had the chance to visit some of them, on my next trip I’d definitely like to focus more on interior shots and creative lighting techniques to capture the mood of wreck exploration.” –Andrei Voinigescu, Florida, USA

“Before the trip I was buzzing, obviously, as there are not  many things that sound better than a week on a boat and diving in the Red Sea, but oh boy it delivered more than I could imagine. Before the trip, I was a bit anxious since it was my first Creative Trip. I had zero modeling experience underwater, or any for that matter, so all I had was my willingness to learn. Luckily, my anxieties were instantly cured, as working with these photographers and videographers was just incredible. The constant feedback, tips and tricks, as well as just sheer talent of these guys will quickly turn you into a top underwater model.

It’s  frustrating that a piece of paper cannot translate how amazing this experience was for me. Even now, writing all of this, I’m smiling and I feel this fuzzy warmth, as well as excitement for next year. I would also like to say a big, big thank you to every single one of you who was there and who made this trip so special. I hope to see you next year!” –Robert Zawrzel, Poland

“To date, I have been on four creative trips. None was like the one before. But there were a few things all of the trips had in common—a nice group of divers with a common goal, a certain level of diving experience, a lot of fun, and a lot of good pictures afterwards, even some really good ones. For me as a photographer who likes to take pictures of divers, I always hope to tell a small story with each picture.

Another great thing about the trip from a photographer’s point of view, especially this year where we had three photographers, was the opportunity to learn from others, sometimes during editing pictures and talking about editing possibilities and styles, sometimes only by seeing pictures that others took at the same dive site and getting more inspiration and ideas.

During the trips I have seen some of the wrecks multiple times (i.e. Giannis D, Thistlegorm). But  every trip with another dive team with another set of skills offers a totally different view of the wrecks. For me, for example, the dives where we were able to be inside the wrecks with more experienced divers allowed  the wrecks to appear totally different and opened up a lot more opportunities than before, especially the opportunities regarding lightning the interior.” –Julian  Mühlenhaus, Northern Germany

Over 10k Photos and Videos Taken

How to Become a Model on the Trip

To join the trip as a model, one needs to be certified with  a minimum of a GUE Recreational Diver Level 1. You also need to have mastered the following skills:

How to Become a Photographer on the Trip

If you’re a photographer and/or videographer, you can send your work to the trip organizer, GUE VP Dorota Czerny, who determines which creatives will be joining. The skills a photographer needs outside of the ability to use a camera are:

Diving Into The Famous Ressel Cave

“Museums are places of conservation, education, and about protecting something sacred. We need to assign those same values to our oceans.”

“As soon as we sink them, they belong to the sea.“

“The Rising Tide was located within sight of the Houses of Parliament. The politician on a petroleum horse was an obvious metaphor for how fossil fuel companies are embedded into our politician system. I think we really have to start holding people accountable for what they are doing. And that needs to be documented in stone rather than in a few words in a newspaper column that disappears. There are a lot of people whose actions need to be immortalised.”

“It is named a museum for a simple reason. Every day we dredge, pollute and overfish our oceans, while museums are places of preservation, of conservation, and of education. They are places where we keep objects that have great value to us. Our oceans are sacred.”

Check out www.underwatersculpture.com for a lot more amazing work!

Jason deCaires Taylor MRSS is an award winning sculptor, environmentalist and professional underwater photographer. For the past 16 years, Taylor has been creating underwater museums and sculpture parks beneath the waves, submerging over 1,100 living artworks throughout the world’s oceans and seas. Themes explored by these artistic installations include, among others, the climate emergency, environmental activism, and the regenerative attributes of nature. The sculptures create a habitat for marine life whilst illustrating humanity’s fragility and its relationship with the marine world. Taylor’s subjects mainly feature members of the local community, focussing on their connections with their own coastal environments.