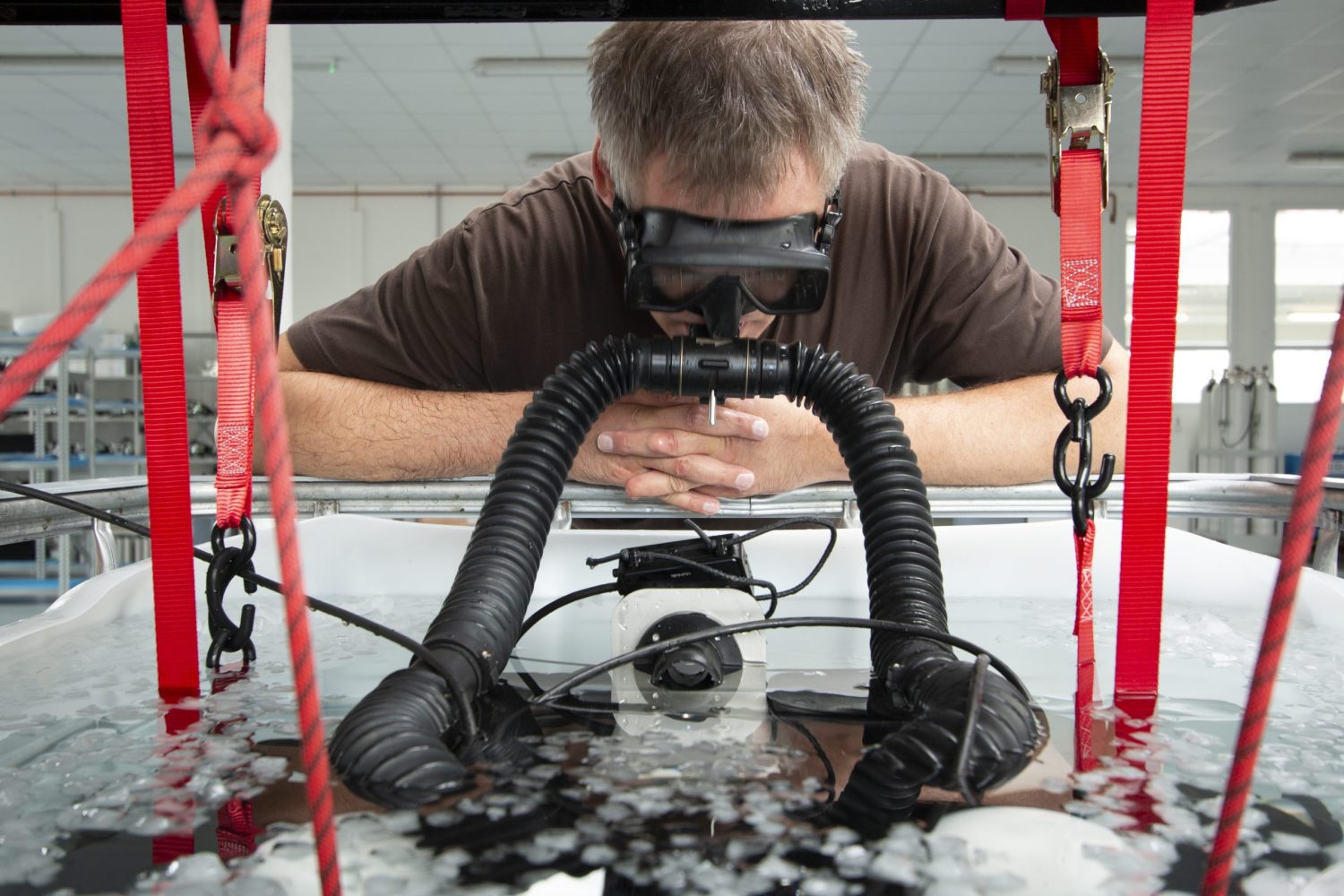 As the coronavirus (COVID-19) pandemic continues to sweep the globe, people from all corners of the world are coming together to help create solutions in response to the crisis. For one, a team of programmers, scientists, and technicians in the Czech Republic has been putting their skills to use to develop quality medical ventilators. By mid-April, the team expects to have 500 ventilators ready for delivery at a fraction of the typical ventilator cost. And once product testing has been completed, the design will be available worldwide in efforts to help others in need. One of the team members is Aleš Procháska who is using his experience of producing top-notch diving equipment to assist in the development of the medical ventilators’ parts.

Difficult times have a way of bringing like-minded people together to accomplish good. As is the case for the team of Czech programmers, scientists, and technicians, who have combined their efforts together to produce medical ventilators designated for patients with COVID-19 at a rate sufficient to fit the current needs of the Czech Republic.

Professionals from various backgrounds are lending a hand to help with this time-critical effort. For instance, Aleš Procháska whose company, Divesoft, specializes in the production of hi-tech diving equipment, primarily rebreathers, which keep divers alive underwater. “I’m focused on the development and construction of pressurized valve prototypes. It’s a safety valve which constantly limits the oxygen pressure that a patient breathes. I’ve already designed similar valves for rebreathers whereby the function is the same: to ensure a diver doesn’t inhale oxygen at too high of a pressure which could cause injury to the lungs. In addition, we have a special device for parameter measuring of such valves available in our company,” says Procháska.

Aleš was asked by Tomáš Kapler to join the team he organized for this effort. More than 30 members, including professionals from Czech tech industries, educational institutions, and governmental bodies, as well as others with specialized knowledge and skills, have been investing their time in the project. The team’s first prototypes are expected by the end of March with extensive testing, verifications, and fine tuning to follow.

The medical ventilator’s design features include the use of parts which are easy to manufacture and generally available, a user-friendly interface that minimizes the training requirements, simple assembly, and more. The design also includes ‘potential independence’ (the ability to run on bottled oxygen and “regular” filtered compressed air) as well as compatibility with hospital systems and consumable materials. All of these design features are based on what has been learned from the outbreak in places like Italy and China. The goal was to understand what had caused problems and how they could be avoided in the Czech Republic and around the world.

With the coronavirus threatening to cripple the world economy, costs are more important now than ever. Regular medical ventilators run around $20,000, but the price of ventilators based on this team’s design is almost five times less. This is primarily the result of the team working without compensation, as well as savings from the normally costly certification which won’t be required (since the device will only be serving as an emergency apparatus in the fight against coronavirus).

As of now, the Czech Republic has access to over 3,500 medical ventilators, but more than one third is already in use; and there isn’t currently a manufacturer in the country. It is believed that if the situation worsens, as it has in Italy, the Czech Republic would run out of ventilators by mid-April. These ventilators are meant to assist breathing for patients in critical condition, making them one of the most important instruments in the fight against coronavirus disease. Running out of ventilators means the loss of life, which means Kapler’s team’s work is a race against the clock.

As of March 23rd, the team had finished the materials list with individual components  tested. Moreover, the control system, including the firmware’s first version and user interface, has been completed. With the process near completion, what does this mean for the rest of the world?

In dire times, it’s important to remember we’re all in this together and on the same team. This ideology is the basis for the team’s decision to open source their medical ventilator design, including all findings, codes, drawings, and documentation. Contributions by the likes of Tomáš Kapler, Aleš Procháska, and more hope to help open the door for others to respond more quickly, and save more lives around the world. Track the production process for the team’s ventilators via their website: https://www.corovent.eu/

A Message From GUE’s President During These Challenging Times 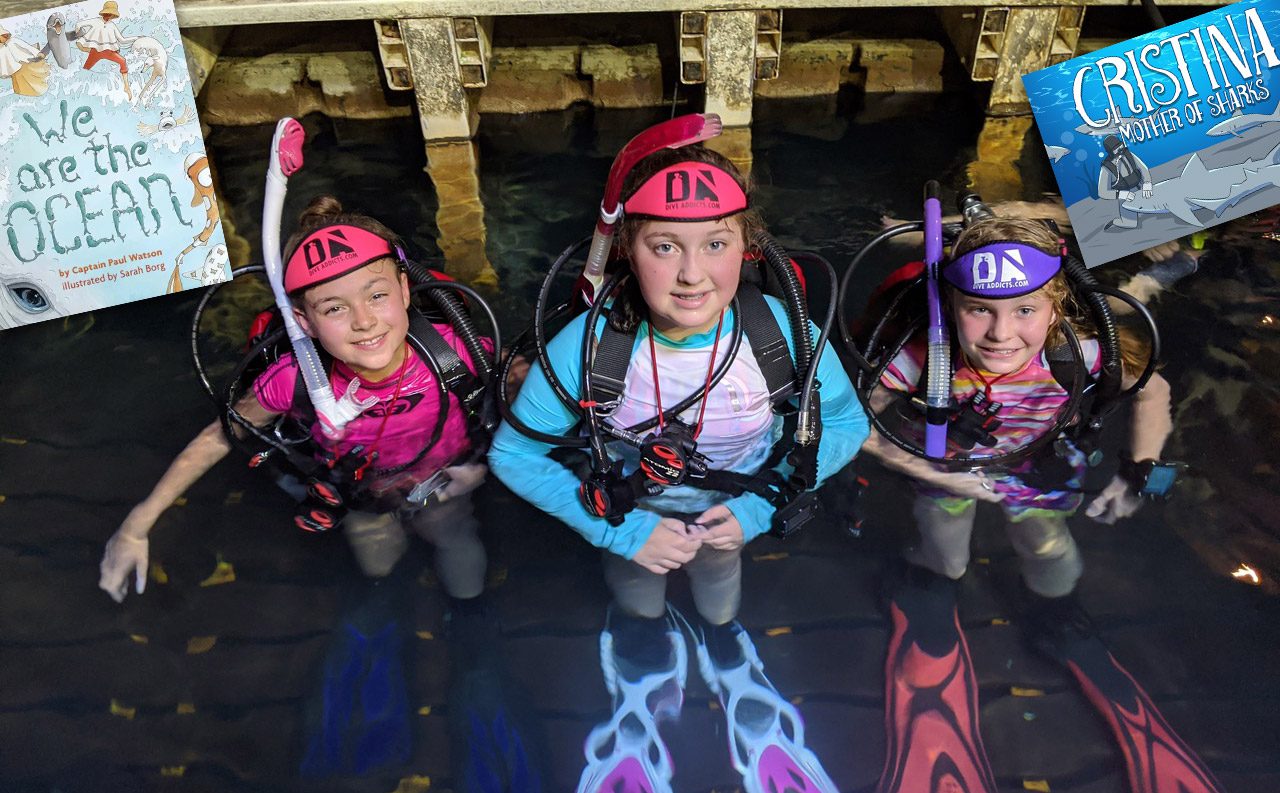 🎶🎶 Predive Clicklist: Teach your Children by Crosby, Stills and Nash

This holiday, we offer up a couple of ocean-related children’s books for your shopping list. First up is a review of Sea Shepherd founder Capt. Paul Watson’s new book, “We Are The Ocean,” by InDEPTH co-founder Amanda White. We then dive into the newly released “Girls’ Super Power Series,” authored by diver medic and trainer Chantelle Newman. Empower your progeny!

Book Review: “We are the Ocean” by Captain Paul Watson