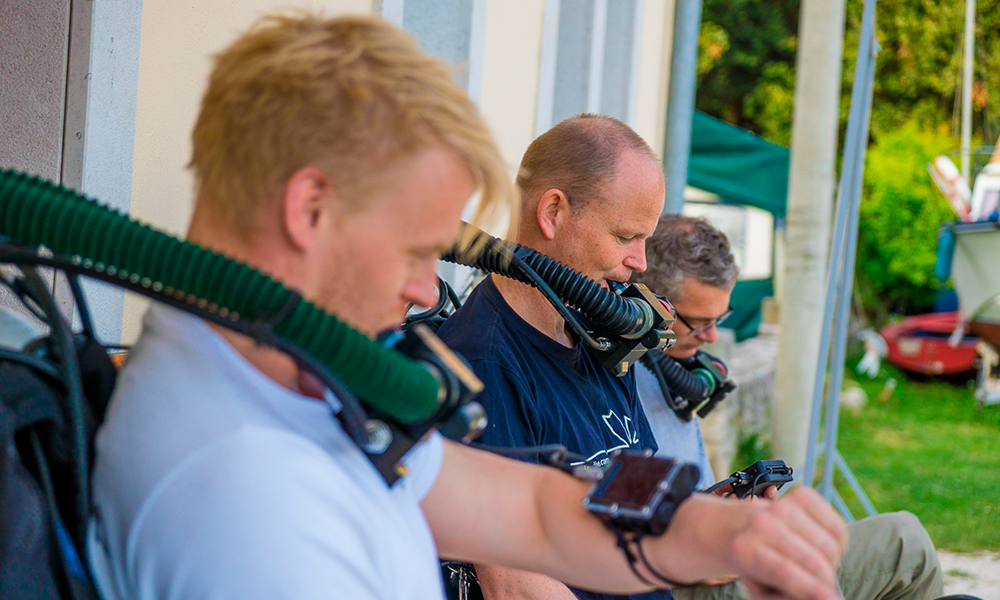 As divers we’ve learned to adapt to the effects of depth without fully understanding the mechanisms behind them. Gas density is one of those misunderstood dynamics lurking in the background of many of our dives. We minimize our work at depth, improve our fitness, and add helium to reduce narcosis and work of breathing (WOB) at depth, but these are reactionary responses. While we typically can’t discern the difference during a dive, gas density and the accompanying increase in WOB causes decreased respiratory capacity, increased CO2 production, and decreased ability to eliminate CO2 in the blood. Some agencies (e.g., GUE) have been proactive in modifying standard gases and tailoring training to adapt to these concerns, but the forefront of hyperbarics research is constantly pushing us toward increasingly conservative gas choices.

Just to clear the air, we’re working with two terms here — WOB and gas density. WOB is an integral of pressure as a function of volume that’s used to measure the effort required to breathe. A high WOB means it takes more effort (measured in energy, typically joules) to draw breath (a measure of volume, typically in liters). High WOB results in increased CO2 production, and that CO2 increase can result in hypercapnia, narcosis, and loss of consciousness among other symptoms.

Gas density is a measure of mass per unit volume, measured in grams per liter (g/l). A high gas density means a given volume of gas weighs more and takes more effort to move, resulting in increased WOB. Increased gas density also skews the pressure gradient between inspired and arterial CO2, resulting in further decreased CO2 off gassing efficiency and a recurring system that results in further complications.

In the past, these factors were taken for granted, but recent research by Gavin Anthony and Simon J. Mitchell from the University of Auckland Department of Anaesthesiology (see link below) has cast gas density in a new light. Working with both open-circuit and rebreather divers, Anthony and Mitchell found that gas density near the 6 g/l mark significantly increased the risk of dangerous CO2 retention during dives, resulting in their test subjects failing more than half their attempted dives and experiencing issues at more than three times the rate of divers using gas even 1 g/l less dense. Their takeaway from this research was an ideal maximum gas density of 5.2 g/l (equivalent to air at 102 fsw/31 msw), and a hard maximum of 6.2 g/l (equivalent to air at 128 fsw/39 msw).

The reality is that gas density is another in a series of dynamic risk factors that divers of all levels must contend with. Treating gas density like DCS by acknowledging and mitigating the hazards via personal fitness, decreased work at depth, and appropriate dive planning has worked in the past and will continue to work. What this research shows us is why we face the issue we do at depth, a possible understanding of corollary hazards like DCS and IPE, and how we might be able to use that data to keep ourselves safer.

View the Respiratory Physiology of Rebreather Diving research in full. For questions about gas density or comments about this and future articles, reach out to the author at RFogarty@DAN.org.

Here is a simple gas density calculator for you to download, created by Brendon Allen aka RainPilot, at ScubaBoard.com, that enables one to calculate the gas density of their bottom mix at their planned depth (in ATA). It also includes equivalent narcotic depth (END), and partial pressure of oxygen (PPO2) at the planned max depth.

My Journey Into Sidemount Rebreathers

Measuring Your Workload While Diving