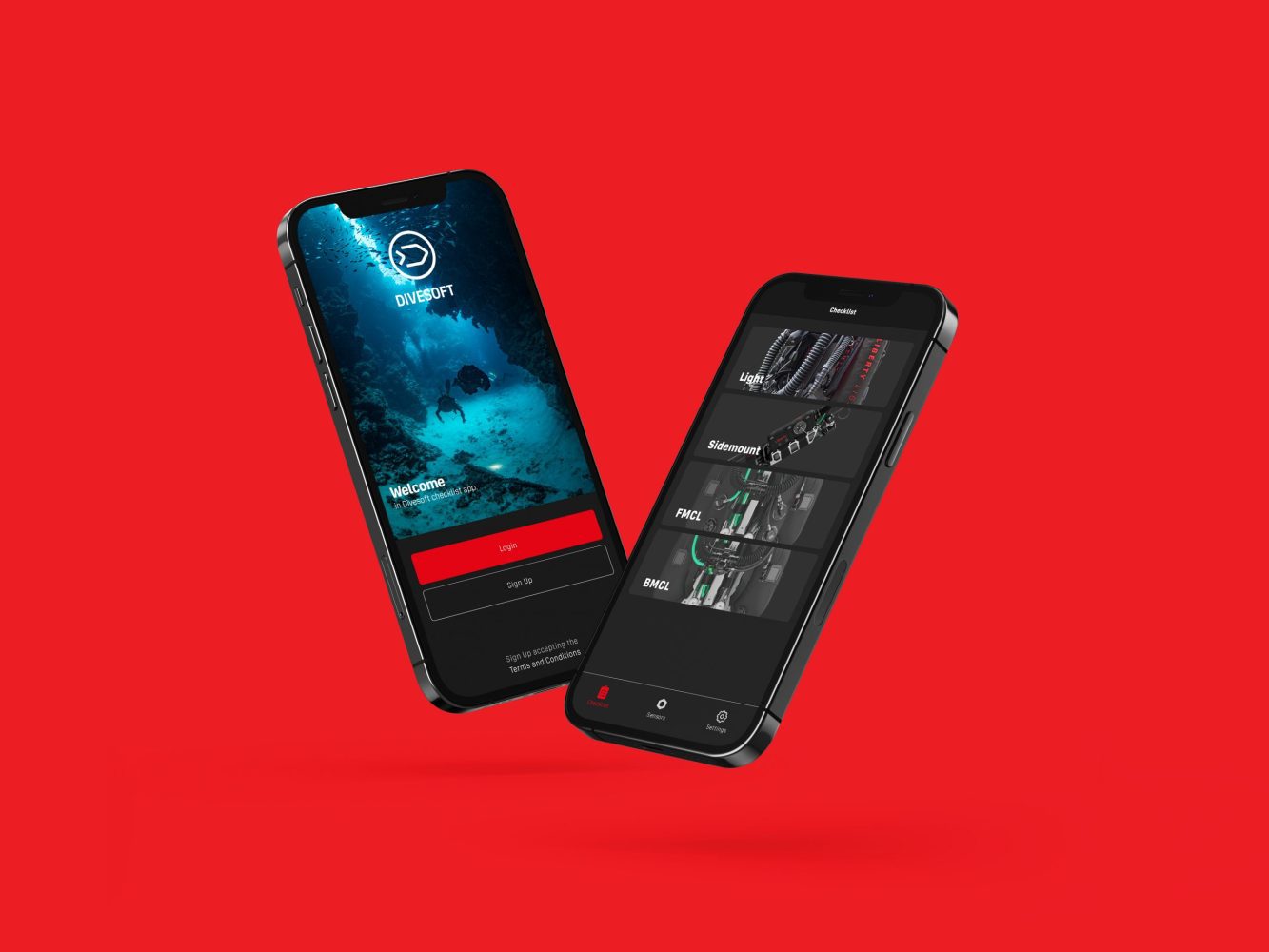 Following the success of previous products, Divesoft has dived into the world of mobile apps releasing their DIVESOFT.APP, a convenient and helpful tool to accompany Divesoft Liberty rebreather owners.

The DIVESOFT.APP is a user-friendly and highly intuitive piece of software which helps Divesoft Liberty rebreather owners build all four of the Liberty’s configurations. The app features a handy system of checklists and illustrative photographs outlining each individual step which contributes to higher safety in the assembly process and ensures users never miss any part of their configurations.

Additionally, the DIVESOFT.APP  interactively guides its users through the process of calibrating the oxygen sensor using the expected voltage on the sensors. The app also monitors the oxygen sensors and conveniently notifies when a replacement is needed.

According to Divesoft co-founder Ales Prochaska, the DIVESOFT.APP was created to fulfill the company’s goal of providing its customers with the latest and greatest in equipment. And considering that the Liberty rebreather 2021 edition has Bluetooth capabilities, it was only logical to equip users with easy access to diving data as well as a simplified way of communication via their devices.

Divesoft is developing additional features for the app which will have the ability to download logs from a new computer, from the 2021 edition of the Liberty rebreather, from firmware upload, or from desktop app connection. They hope to have these new features available soon. When it comes to Divesoft, there is no doubt you can look forward to more innovation in the future. Download the app in the App Store or Google Play.

New Edition of “The Fundamentals of Better Diving”

The Right Tool, For the Right Job: My De-Evolution on the Question of Urinating Underwater

Condom caths and p-valves are arguably the best way to go during tech dives, until they’re NOT. Here InDepth editor-in-chief Michael Menduno goes old school to beat the heat! 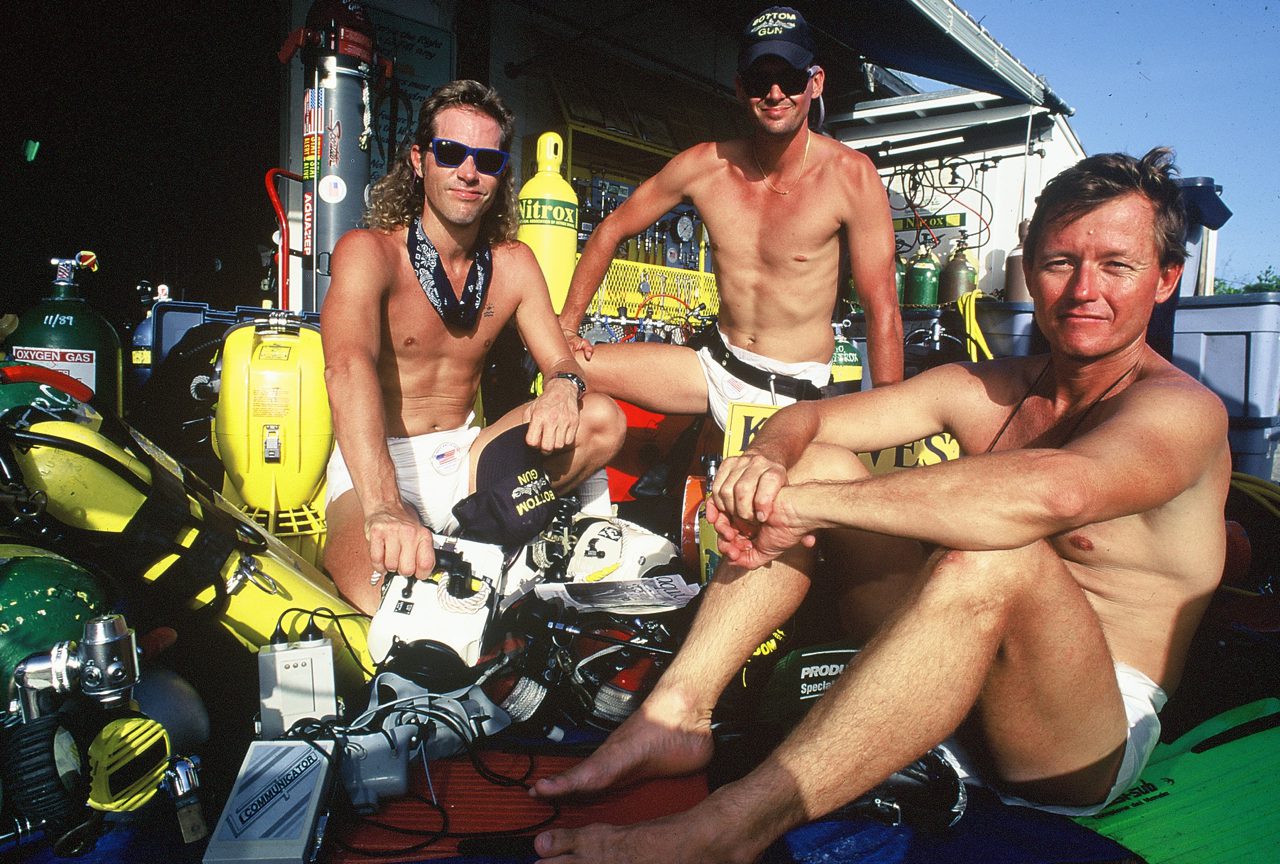 “To pee, or not to pee?” is NOT a question for tech divers. With the possible exception of British expat picture-maker extraordinaire, Tom St. George—who swears he never pees underwater in a drysuit—good hydration and long dives dictate that the urine will flow. The question is, how are you going to deal with it? [Obviously, easy peezy for wetsuit diving—just let it wizz.]

Today, of course the solution de rigueur for drysuit diving is the condom catheter and a p-valve for men—just slide on the sheath, connect it to the one-way p-valve hose, and you’re good to go. Women commonly use the She-P external catheter or the Shewee Go, which is a little more complicated, or resort to diapers. Problem solved! For the most part anyway. However, it turns out that might not always be the case, as I discovered on my recent diving trip to Mexico.

A Wee Bit of History

Male commercial divers enjoyed the privileges of an in-water urinary solution as early as 1876. By 1909, legendary British equipment manufacturer Siebe Gorman & Co Ltd. was touting its “Portable Rubber Urinal” in its catalog. According to the entry, the pouch-like device, which is attached to the male diver by means of a belt, was so constructed that “The diver can urinate without fear of the urine entering his dress, no matter what position he may be working.” Urine was captured in a tube with a non-return valve and emptied at the end of the job. The accompanying dry suit featured a watertight metal port with a screw-down plug enabling the diver to pee without undressing. Unfortunately, it took the sports diving industry a bit longer to get on with it.

Ironically, early dry-suited cave divers—predecessors of today’s tekkies—were slow to heed the call of nature. According to underground graybeard Paul Heinerth, who was a member of Bill Stone’s original 1987 Wakulla Project, “We would just hold it till we were in the deco habitat and pee through the doorway in the water just before changing depth as it would act as a flush.” And these were long decompression dives to depths between 75-100 m/244-326 ft.

Adult diapers were available but not regarded as an acceptable solution. I once asked the late great underwater filmmaker, Wes Skiles, who was also at Wakulla, about his urinary practices for a story that I was researching, “Us manly men were too stupid and/or too embarrassed to slip on diapers,” he sheepishly admitted. Underground patron saint Sheck Exley, also on the project, used a wet suit supplemented with chemical heaters, or his red Parkway neoprene drysuit, where he could “just cut it loose” for extended cave dives.

Diapers, aka nappies, briefly came into vogue in the early 1990s as tech diving was just emerging from the closet. Explorer Jim King and his team began using diapers on their 1991 Diepolder #2 Project. So did tech pioneer Capt. Billy Deans and his Key West Divers team on deep wreck dives (Full disclosure: I was a member of Dean’s team and we used “Depends”).

P-valves with male condom caths made their debut in the mid-to-late 1990s. “A few of us were playing with homebuilt designs,” GUE founder and president Jarrod Jablonski explained to me. “[Early cave explorer] Roger Werner is also one that comes to mind. He was building some of his own and essentially selling them to others.” In the early days of cave diving, it was not unusual for divers to make their own gear.

According to Jablonski, Extreme Exposure dive centre based in High Springs, FL was the first to commercially produce and distribute p-valves back in the late 1990s. Production was soon moved to Halcyon Dive Systems (Ed.—Jablonski is a co-owner of both). As a result, the relief zipper—remember them?—became a thing of the past.

At the time, female tech divers were stuck with diapers or nothing at all. That is until Netherlands DIR (“Doing It Right) diver Heleen “Wethorse” Graauw, invented the first underwater female catheter system, which Fred Devos, cave explorer and co-owner of Zero Gravity in Puerto Aventuras, Mexico, dubbed the “She-P” when Graauw visited Mexico, and the name stuck. She-Ps mostly do too, thanks to help of ex-surgical tech Laura James, who teamed up with Graauw to perfect the adhesive system and distribution. Another external device on the market is the Shewee Go. For more information see: Urination Management Considerations for Women Technical Divers by Payal Razdan in InDepth V 1.9.

The Joys of Nappies

Condom caths and p-valves work great for men except when they don’t. Assuming that your p-valve is functioning and properly maintained, the condom may refuse to stay in place. Which brings us back to Mexican cave diving.

As anyone who has dived Riviera Maya during the spring or summer months knows, the air is hot and humid. As a result, your entire body stays dripping wet, before, during, and after you get in the water. The result? Much to my chagrin, on our first couple of dives, my condom refused to stay on. As they say, “No glove, no love.” My p-valve was definitely NOT showing me any love. We’re talking spillage.  What to do?

I consulted with tech and cave instructor Kelvin Davidson, proprietor of Third Dimension Diving in Tulum, who offered a couple of solutions. Option one: buy condoms two sizes too small (Davidson buys “Ls.” Wreck diver! ), and be prepared to stuff your junk. Option two: purchase a bottle of rubbing alcohol and pads, wipe your willy after your morning shower, and put on your condom before the humidity gets out of hand.

Instead, I opted to go old school. I walked down to the local farmacia and bought a twelve-pack of high tech (gel-based) adult diapers for US$8. They even featured rip-away sides for easy removal post-dive. Yeah, I had to put up with some ribbing from the guys, but I happily dived nappies for the rest of the trip with just a hint of nostalgia. More importantly, I didn’t have to worry about slippage! (Full disclosure: I peed twice on some dives. Well, OK, two and a half times.It was not a problem). As they say in GUE circles (usually when they are referring to rebreathers or sidemount configuration), “The right tool, for the right job!”

Diver: The Divine Secrets of the She-P Sisterhood by Michael Menduno

Michael Menduno/M2 is InDepth’s editor-in-chief and an award-winning journalist and technologist who has written about diving and diving technology for more than 30 years. He coined the term “technical diving.” His magazine aquaCORPS: The Journal for Technical Diving (1990-1996), helped usher tech diving into mainstream sports diving and he produced the first tek.Conferences and Rebreather Forums 1.0 & 2.0. In addition to InDepth, Menduno serves as an editor/reporter for DAN Europe’s Alert Diver magazine, a contributing editor for X-Ray mag, and writes for DeeperBlue.com. He is on the board of the Historical Diving Society (USA), and a member of the Rebreather Training Council.

Be A Part of History: To access our treasure trove of dive history and become a member, visit us at: www.HDS.org. We are also on Facebook: Historical Diving Society USA 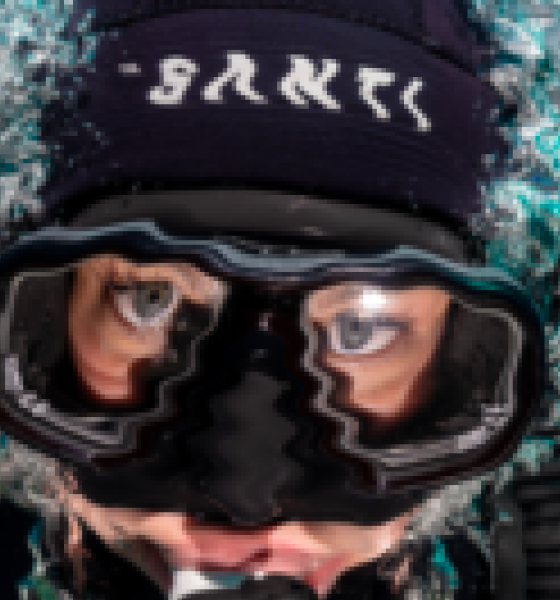 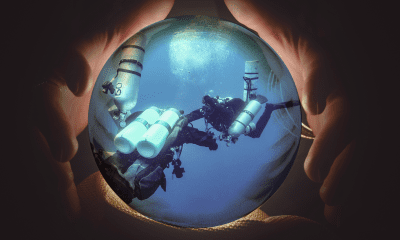 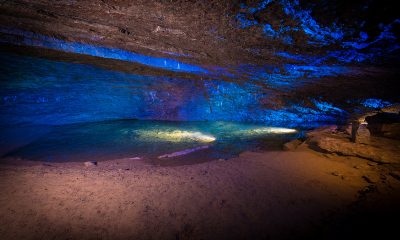