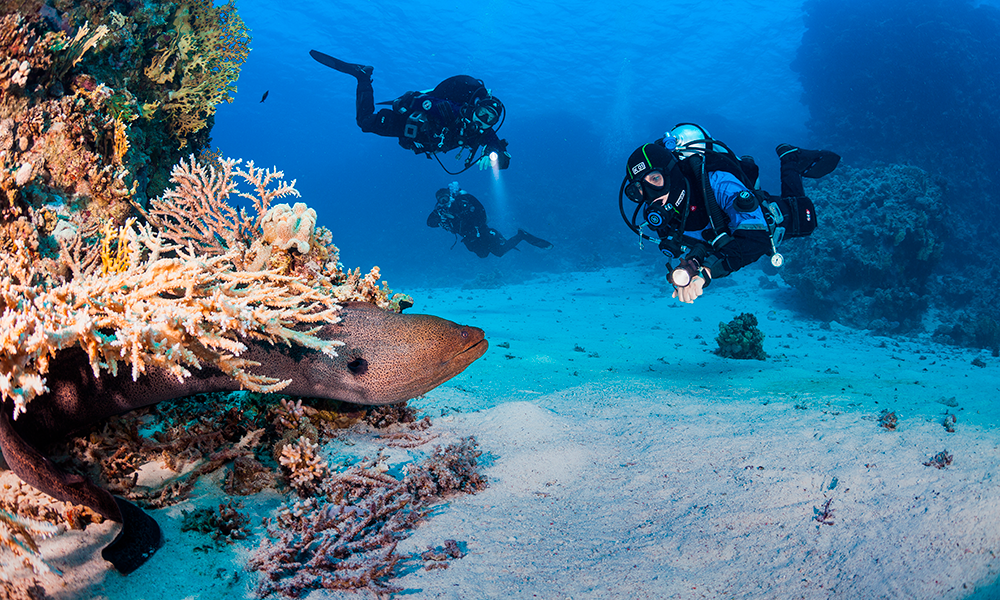 New divers beginning their underwater apprenticeship need guidance, support, and ongoing reinforcement of good diving habits. Believing in the principle that ‘whatever is learned first sticks’ and being acutely aware that changing old habits can be very difficult, inspired GUE to create a new series of videos, “Good Habits for Recreational Divers.”

The series was developed by Alain Eid, one of GUE’s experienced recreational instructors who enjoys teaching new divers and introducing them to the underwater world. Based on his years of experience, he developed a list of habits and skills that are essential for new recreational divers. We expect the series to continue to grow.

In these videos, you will learn why fully opening a scuba cylinder is important, why you should open it before you put your gear on, how to properly secure your BC on a tank, as well as other small, but relevant and important hints and tips that will help you to develop good habits that will enrich and enhance your diving career.

Click the image below to start watching the series.

We also invite you to view some of GUE.tv’s other skill-enhancement videos and to feel free to contact us or one of our GUE instructors directly. We’ve invested decades learning how to maximize diving skills and underwater efficiency, and we would love to share more of what we’ve learned with you. See you soon in another of our videos, and until then, enjoy your dives! 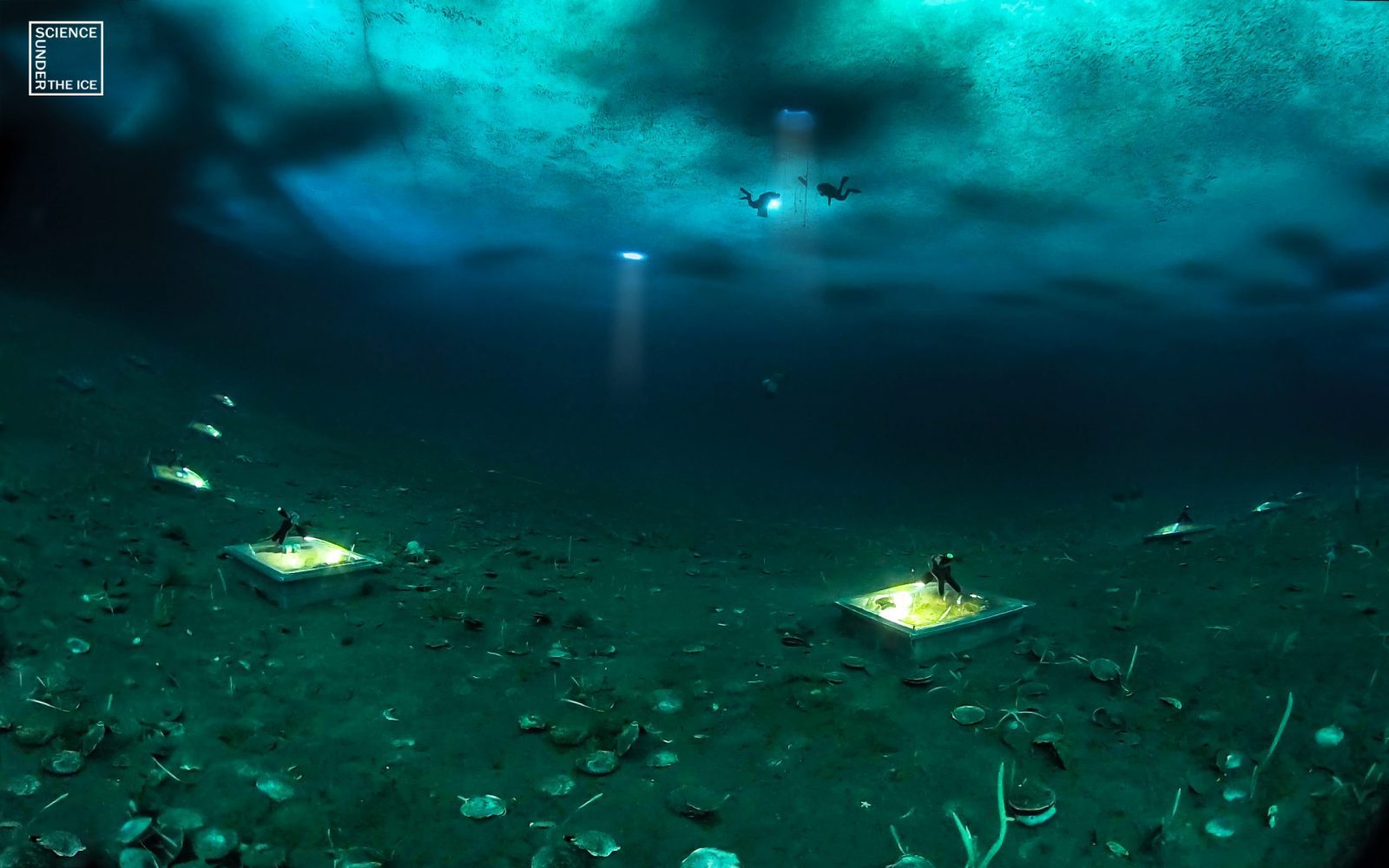 by Edd Stockdale
Header image: Antarctic research as part of Science Under the Ice project Photo by @scienceundertheice.

While exploring the aquatic realm, many divers often encounter objects of interest but are unaware of the historical or scientific value to the fields of archaeology, geology, or biology. Even if they suspect their find might be important, they are untrained in how to treat such a find with an investigative approach.

Scientific diving, separate from sport, recreational, or commercial diving, requires occupational training specific to science-led, underwater activities with the purpose of collecting data and/or samples. This type of diving is important both to research, as well as to policy making, because divers with this specific training and background can make the quantitative or qualitative-based assertions necessary to implement the findings. There is a necessary and important distinction between professional scientific divers and the “citizen science” trained divers who are essential in building public awareness, particularly in conservation projects.

The necessary training and the regulation of professional scientific diving varies widely from country to country, both in regulation requirements, as well as in practice. In many countries, scientific work is classified as commercial diving, and regulations are set accordingly. At the opposite extreme, underwater scientific activity can be conducted by anyone certified to dive.

One of the  early members in the establishment of ESDP, Finland, has experienced a decrease in scientific dive training options but no decrease in the demand for trained divers because of the increased amount of marine research and monitoring Finland carries out. To fill this void in suitably trained divers and to develop a new generation of marine researchers, a group of leading representatives from various institutions have successfully sought funding to establish a new, centralized training center—the Finnish Scientific Diving Academy (FSDA) at the University of Helsinki Tvarminne Zoological Station. FSDA is located on the shore of the Baltic Sea.

The Academy’s primary objective is to train European standard professional scientific dive training for AESD certification, but this is far from its only goal. In addition to the six-week core program, plans are in place for adding dive training to undergraduate and early career research students to stimulate future generations of field-based marine researchers. Courses for divers who want to gain more experience or to develop skills for citizen-science-based projects with shorter timescales are also in the cards, making the Academy a truly centralized base for all aspects of scientific dive activities, one that can offer expertise across the disciplines.

With its location on the Gulf of Finland, this training will predominantly specialize in cold-water based approaches, though training options in other locations are always a possibility to cover different conditions. Taking advantage of the ice conditions in Finnish winter’s polar research dive training, which, combined with easier access and facilities already established, makes the option to train for polar projects—without the logistical hassle of actually getting to research stations in those regions—a realistic possibility.

Included into the development concept of the FSDA is not only the concentration on classical scientific diving protocols, but also a widening the scope. It is often ironic that all the different areas of diving contain techniques that can overlap to benefit each other but are not taught or communicated; for example, skills used in a cave diving survey could easily benefit an ecological study or archeological field work. Therefore, the coordinator position for the FSDA requires a background in not just scientific, but technical and other areas of diving with the aim to integrate these skills into these areas into the programs.

As a result, in the future, courses will likely be offered for specific evolving technological options, developing techniques, or specialist subjects that research teams need in order to carry out projects. Training may also be offered for more advanced diving, including mixed gas and rebreathers, to expand the ranges and environments to carry out scientific work.

At the other end of the spectrum, driven by the growing need for more studies of aquatic regions combined with reduced funds for research, citizen science or the involvement of non-professional volunteers becomes more relevant all the time.

Training options for divers looking to develop these skills vary dramatically, and they may not be familiar with research institutions where expertise is highly appreciated.

Due to the need for scientific consistency in work carried out, divers not only need high levels of diving ability, but also an understanding of the project goals that are important for the results to be valid. Such training is specialized, but done and implemented correctly, provides scientists with the resources of capable dive teams, which is one of the long term goals of the FSDA. These programs will also aim to cover more specialized fields of study or the application of different diving procedures, both from the requirements perspective of project leaders looking for teams of “citizen scientists,” as well as from the divers themselves.

Overall, the creation of the Finnish Scientific Diving Academy is exciting for both the scientific and regular diving communities, as it aims to address reduced access to specialized training while developing newer techniques and raising awareness of the importance of how research into the marine world is carried out, whether it is surveying a 400-year-old shipwreck or the ecology of a reef.

The FSDA has been initially funded by the Antero and Merja Parma Foundation and Weisell Foundation for three years with aims to secure more funding to remain long term and is coordinated by Edd Stockdale. The first courses will begin in April 2022. Queries should be sent to Edd Stockdale.

Edd Stockdale has worked in scientific and technical diving for over a decade and joined as Badewanne team member in 2019. He is the coordinator of the newly established Finnish Scientific Diving Academy at the University of Helsinki, which was established to develop scientific diving training to further research abilities and develop new approaches to data collection in cold water based science.  When not working on research diving, Edd can be found exploring the mines and wrecks in the Nordic region or planning the next adventure. He is supported by Divesoft as well as Santi, Halcyon, and REEL Diving in Scandinavia. 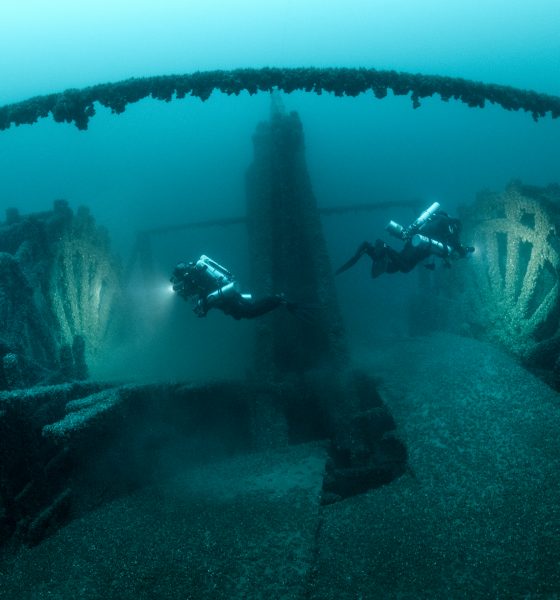 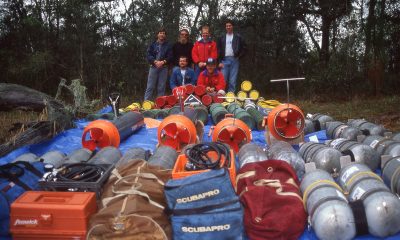 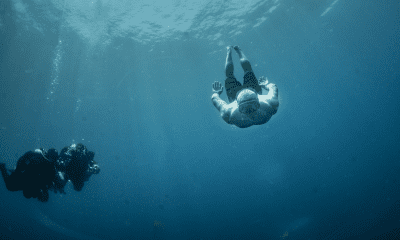 Should Tech Divers Be Thinking More About Equalization—Like Freedivers Do?

Confronting the Unknowns of Decompression with the First Electronic Rebreather

Diving Into The Famous Ressel Cave

Electrolung: The First Mixed Gas Rebreather Was Available to Sport Divers in 1968