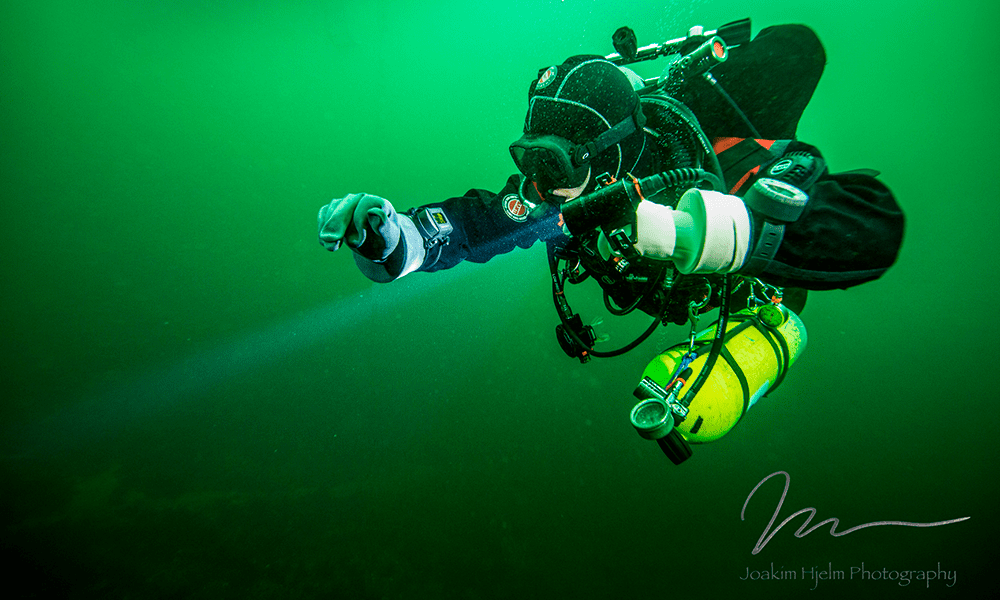 Gradient factors (GF) modify M-values (and consequently allowed gas supersaturation) to a fraction of the difference between ambient pressure and the original M-value. Thus, GF 80 modifies the M-value to 80% of the difference between ambient pressure and the original M-value. Typical proprietary implementations of the GF method require the diver to select two gradient factors: GF low modifies the M-values for the deepest decompression stop, and GF high modifies the M-value for surfacing (often designated as GF low/high, e.g. GF 20/80). The algorithm then interpolates a series of modified M-values in between these two user-specified points. If the GF low is set less than 100%, this forces deeper stops to limit supersaturation in the fast tissues early in the ascent, and setting the GF high to less than 100% will produce longer, shallower stops to reduce supersaturation in the slower tissues in the latter phase of the ascent

Deep stops came to the attention of early technical divers in the form of empirical “Pyle stops,” a practice serendipitously developed by ichthyologist and technical diving pioneer Richard Pyle, arising from a requirement to vent the swim bladders of fish specimens collected at great depth before arriving at his first decompression stop. There followed a strong trend toward the adoption of bubble algorithms, and also for the use of gradient factors to force gas content algorithms to impose deep stops (for instance, using GF low values of 30% or less). Based largely on supportive anecdotes, a widespread belief emerged among technical divers that deep-stop decompression schedules are more efficient than shallow-stop schedules. Efficiency, in this context, means that a schedule of the same or even shorter duration has a lower risk of DCS than some alternative schedule.

However, since about 2005, evidence has been accumulating from comparative decompression trials that shows deep stops are not more efficient, and possibly less efficient, than shallow stops.

What To Do About Gradient Factors

The emerging body of evidence against deep stops suggest common gradient factor setting should be modified to de-emphasize deep stops. Fraedrich validated dive computer algorithms by comparing them to well-tested U.S. Navy decompression schedules, including the schedules from the deep stop study outlined above. For that dive, ZH-L16 with a GF low >55% (e.g. GF 55/70) produced a first decompression stop between 70 and 40 fsw.5 Tyler Coen at Shearwater Research Inc. noted that GF settings recommended by Fraedrich modify ZH-L16 M-values so that approximately the same level supersaturation is allowed at all stop depths. To understand this requires delving a little further into M-values.

The emerging body of evidence against deep stops suggest common gradient factor setting should be modified to de-emphasize deep stops.

M-values are typically a linear function of stop depth. In older algorithms such as ZH-L16, the M-value generating functions have a slope greater than one (in ZH-L16, the slopes are the reciprocals of the “b” parameters), resulting in increasing supersaturation allowed with increasing stop depth. In more modern algorithms developed by the U.S. Navy since the 1980s, including the one used to produce the shallow stops schedule in the study outlined above, the slope of the M-value generating functions are generally equal to one, so that the same level of supersaturation is allowed at all stop depths. This results in modestly deeper stops than older algorithms, but still relatively shallow stops compared to bubble models.

With this information in mind, I set my GF low to roughly counteract the ZH-L16 “b” parameters (I have been using Shearwater dive computers with ZH-L16 GF in conjunction with my tried and true decompression tables for about three years). In ZH-L16, the average of “b” parameters is 0.83. I choose my GF low to be about 83% of the GF high, for instance GF 70/85. Although the algebra is not exact, this roughly counteracts the slope of the “b” values. This approach allows me to believe I have chosen my GF rationally, is not so large a GF low as I am unable to convince my buddies to use it, and satisfies my preference to follow a relatively shallow stops schedule.

This article was prepared by Assoc. Professor Doolette in his personal capacity. The opinions expressed in this article are the author’s own and do not reflect the view of the Department of the Navy or the United States government.

Alert Diver magazine published a profile and interview with Doolette in the Fall of 2016.

The Math behind the ZH-L16 Model: Bühlmann established, by means of many hyperbaric chamber experiments with volunteers, how much supersaturation the individual tissue compartments can tolerate without injury. He expressed the relationship through the following equation:

pamb. tol. – the ambient pressure tolerated by the tissue

pt. i.g. – the pressure of the inert gas in the tissue

pt. tol. i.g. – tolerated (excess)pressure of the inert gases in the tissues

Dr. David Doolette began scuba diving in 1979 and was introduced to the sinkholes and caves of Australia in 1984. Around this time, he alternated between studying for his B.Sc. (Hons.) and working as a dive instructor, when he developed an interest in diving physiology. He planned and conducted some of the first technical dives in Australia in 1993. Since being awarded his Ph.D. in 1995, he has conducted full time research into decompression physiology, first at the University of Adelaide, and since 2005 at the U.S. Navy Experimental Diving Unit in Panama City, Florida.

Uncovering the Link Between PFO and Inner Ear DCS

Confessions of a Lifestyle Image Maker