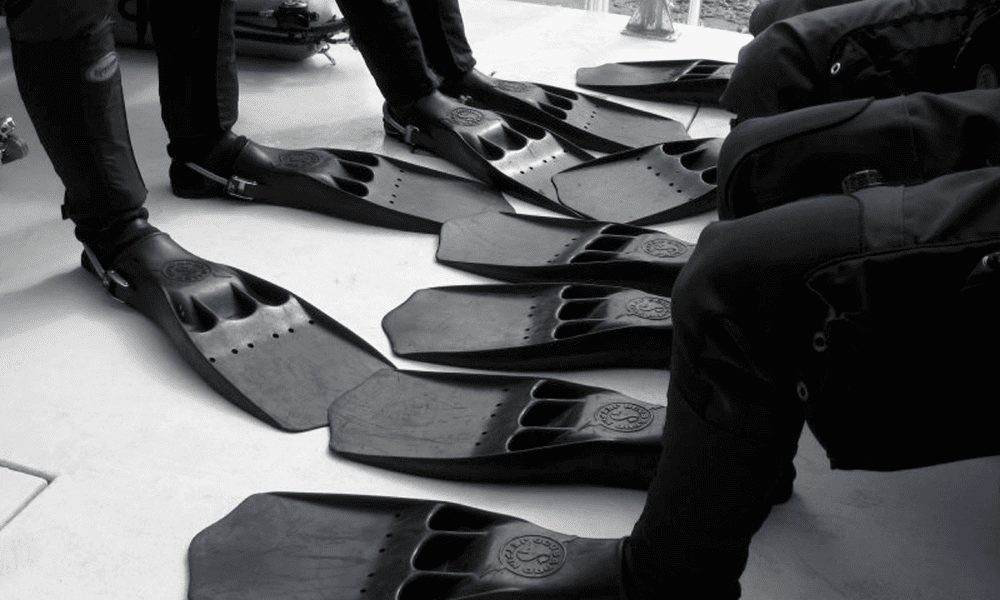 As Global Underwater Explorers’ (GUE) twentieth anniversary draws near, I am particularly proud of and pleased with the success we have had in building global communities of passionate divers. I am consistently impressed by the enthusiasm they exude and touched by their warmth and hospitality. Most inspiring is their commitment to furthering the projects that have been organized in support of GUE’s non-profit mission. I would not have dared to hope for the magnitude of this success when I began our adventure twenty years ago. In this article I hope to explore some of our successes as well as parts of GUE’s past that may have left a negative impression on some individuals.

During the 1990s we were a small group of extremely passionate diving explorers and researchers. We hoped to develop training that encouraged greater safety, allowed more fun and empowered divers with enough capacity to join a variety of projects, including our many conservation and exploration projects. I am proud of the innovations that we’ve made in diver education and the fact that many of these have been adopted to varying degrees by the dive industry. GUE helped create industry-wide awareness of proper buoyancy and trim and pioneered a team-focused approach including standardized equipment configurations and common protocols for gas switching and emergency procedures. We were the first to require instructor requalification and dive certification renewals as well as the first to eliminate “deep air” diving, include nitrox in all classes, introduce helium to recreational divers and prohibit smoking. These and many other initiatives were developed upon a backdrop of rigorous, capacity-based training that helped ensure qualified individuals were not merely paying for a card but developing reliable capacity.

Over the years, our educational initiatives and community building efforts have made it possible to support a wide range of exploration and conservation projects around the globe, beginning with GUE’s first expedition on the HMHS Britannic in 1999 and following with projects in nearly every aquatic environment across the world. More recent and ongoing projects include the “Battle of the Egadi,” off the western coast of Sicily, where we are discovering and documenting archaeological artifacts from the first Punic War in collaboration with Italy’s Soprintendenza Del Mare (Italian Government).

Some highlights from this rich history include the recent discovery and documentation of the U-576 from the Battle of the Atlantic in collaboration with the National Oceanic and Atmospheric Administration (NOAA) as well as discovery and detailed research support for the Swedish warship Mars in collaboration with university and government entities. GUE divers also helped discover the oldest human skeleton found in the Americas at Hoyo Negro in Quintana Roo, Mexico, and far-reaching exploration projects at numerous caves in the U.S., Mexico, Croatia, China, Australia, France, and Turkey. Federico De Gado uses a metal detector during the 2017 GUE Project: Battle of the Egadi. The second diver in the picture is Elena Romano. Photo Credit: Claudio Provenzani.

Perhaps most importantly, we have established thriving communities of passionate divers that graciously share their passion with divers of all experience levels. I am consistently impressed by the kindness, warmth and enthusiasm of GUE divers around the world. The fact that my overwhelmingly positive experience stands in contrast to the experience of those who hold negative feelings towards GUE is among my biggest regrets. This dichotomy is often the subject of personal deliberation and group discussion, having consumed countless hours over more than 20 years.

GUE’s early history is associated with events that were deeply offensive to some, leaving an atmosphere that colors the attitudes of some GUE and non-GUE individuals. As we celebrate our 20th anniversary I have been grappling with how best to contextualize our past and address the emotional energetics that were part of our formation. Failing to acknowledge this history misses key points in our evolution as an organization, and also obscures the chance to more clearly articulate our guiding principles and future aspirations.

To properly account for and learn from our early beginning, I would like to briefly dip into the highly charged history that surrounds GUE’s formative years. I entered the world of cave diving in 1987 when technical diving was just emerging and I was instantly hooked. In the decade leading up to GUE’s formation, I connected with a small number of equally motivated divers, and we began diving with near maniacal obsession. We were a diverse group of individuals with some notable similarities and exceptional variations. We had quiet, reflective thinkers and loud, emotive warriors and everything in between. Many among our early group of divers shared a common history; we conducted our first deep dives breathing air, and for the most part relied on a haphazard approach that left people to figure things out for themselves. We also witnessed many deaths during this period. I helped recover the bodies of numerous people that died in caves around the world and mourned the loss of leading explorers and dear friends along the way.

These experiences pointed to the need for changes in the diving industry. In addition, it made us realize that our dive training had left us unprepared for the dives we were undertaking. As a result, some of us made the commitment to change the things we perceived to be responsible for engendering an unreasonable number of deaths. As individuals with different personalities and sensibilities, we focused our efforts in different ways.

For me, the desire to improve diver training as well as having a passion for conservation and exploration, ultimately led me to establish GUE in 1998. Others were convinced that the dive training agencies and their leaders at the time were encouraging dangerous and irresponsible practices as a means to profit from an immature and uninformed community. They felt that these individuals and the associated practices (like deep air diving) should be attacked directly.

One person known for such an approach was George Irvine. He had a personality larger than life and a passionate, take-no-prisoners approach. George, among others, aimed to discourage what they considered unsafe or unethical practices including encouragement for deep air, solo diving or other risky practices. His internet-based campaign against these activities sometimes devolved into deeply personal attacks and created a notable divide in the developing technical community. In most ways, we were very different people but George was a friend and one of my most frequent dive buddies so it would be disingenuous to imply ignorance. I frequently disagreed with his use of personal attacks but also see these activities in a more nuanced light.

For some, the bitter fights waged on internet chat forums remain a familiar reference for the volatility of technical diving in the 1990s and the movement that would become GUE. Some might say that anything short of public rejection for this sort of behavior makes me and thus GUE responsible even though I doubt you could find a single disparaging post from me in more than 30 years of community engagement. Likewise, such behavior is forbidden by GUE standards and risks expulsion from the agency. A group of GUE divers during the GUE Spain meeting in 2018. Photo Credit: Global Underwater Explorers.

Our focused approach is certainly not for everyone, but that doesn’t mean we intend to exclude people. Our standards are meant to make us better, not to malign or otherwise degrade those who choose a different path. The tagline I chose for GUE, “Quest for Excellence”, does not presuppose universal correctness. Rather it is a quest for divers to get the most they can out of their diving and their lives. Likewise, our dedication to a standard approach is not meant to imply that nothing else will work but rather that teams of divers organized to use a common platform will reduce stress, encourage safety and have more fun. These teams of divers will also be more efficient when joining our numerous exploration and conservation projects.

Our communities are filled with people that find joy in the discipline of scuba diving and many of these individuals are engaged in far-reaching scientific, exploratory or conservation efforts. I fully respect the reality that some of our ideas will not be consonant with everyone’s personality but if you are curious about what we are doing then you are very much encouraged to introduce yourself to one of our many representatives. I feel certain you will enjoy a warm welcome and a chance to explore the details of our organization and its many community-based activities.

I like to think that we’ve developed a solid foundation over the last 20 years and greatly look forward to expanding upon our existing success in support of an activity we love and an environment we cherish. Hopefully, we will be lucky enough to enjoy another 20 years and I will see many of you at dive sites around the world. Jarrod Jablonski is an avid explorer, researcher, author, and instructor who teaches and dives in oceans and caves around the world. Trained as a geologist, Jarrod is the founder and president of GUE and CEO of Halcyon and Extreme Exposure while remaining active in conservation, exploration, and filming projects worldwide. His explorations regularly place him in the most remote locations in the world, including several world record excursions at 300ft to cave penetrations in excess of 24,000 ft/7 km; these dives include bottom times of 12 hours with total immersions near 30 hours. Jarrod is also an author with dozens of publications, including three books and several forthcoming, as well as several awards for lifetime achievement, including the 2018 DAN-Rolex Diver of the Year, 2016 Eurotek and 2015 Golden Trident.

December Photos of the Month