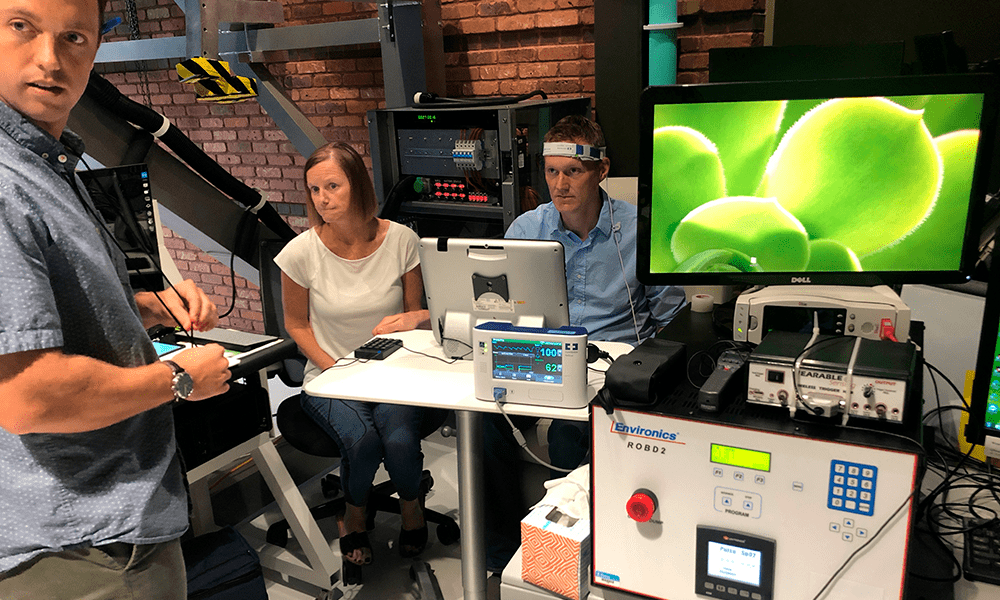 If you follow the current trends in health and fitness, the words; ‘ketone’, ‘ketogenic’, and ‘ketosis’ have recently become synonymous with weight loss, wellness, endurance, and (of course) controversy with respect to effectiveness and safety. Despite the popularity of these terms, there is still a bit of confusion surrounding each of them and, specific to the undersea community, what research has been conducted on ketones and diving.

In this post, I will provide a brief, high-level overview of what ketosis is, what we know about potential diving-related applications of ketones, and next steps in diving-related ketosis research.

Ketosis refers to the presence of elevated ketone bodies (also known as ketones)  in the blood. Ketones (beta-hydroxybutyrate,  acetoacetate, and acetone) are produced by the liver from stored fat when a person either strictly fasts (typically a minimum of 24-48 hours) or undertakes a ‘ketogenic diet’ (very low carbohydrate, low-moderate protein, high fat). During ketosis, the body shifts from using glucose as a fuel, as a result of carbohydrate restriction, to burning ketone bodies.

In addition to fasting and the ketogenic diet (endogenous approaches), ketosis is also achievable exogenously by consuming substances such as ketone salts or ketone esters. Exogenous ketones increase blood ketone levels to varying degrees, with the latter raising blood ketone levels greater than 4mmol/liter  without depletion of carbohydrate stores, even in the presence of a carbohydrate-rich meal (Stubbs 2017). Induction of ketosis by eating or drinking ketones is rapid and acute; that is, the ketones will typically be metabolized within a maximum of four to eight hours. Given their short-lived effects, research is underway to understand if regular consumption of exogenous ketones has the same effect on our cells, tissues, and overall physiology as a sustained keto diet or fasting.

Ketosis can be monitored using a variety of commercially available options, including sampling blood from the fingertip (similar to blood glucose testing) to measuring blood ketones with a handheld meter, using urine test trips, and analyzing exhaled breath. The ketogenic diet is actually one of the few diets that has a biomarker that tells you whether or not you are actually ‘on’ the diet: if your ketone levels are above the threshold, you are in the physiological state of ketosis, and vice versa!

The number of studies assessing the benefits versus potential risks of sustained ketosis are increasing, and the medical and sports science communities are grasping an improved understanding about if, when, and how a ketogenic diet or exogenous ketone consumption could either benefit or negatively impact health and performance. While summarizing these studies would be the subject of an extensive series of blog posts, the study that piqued the diving community’s interest in ketones was focused on protecting rats from CNS oxygen toxicity seizures.

The history of ketosis in the medical community is largely centered around epilepsy treatment. While there are historic records of the starvation ketosis being used as a treatment approach going back to 400 B.C., the first formal clinical trials using dietary ketosis to treat epilepsy were conducted in the 1920s. Dr. Russell Morse Wilder at the Mayo Clinic developed the ketogenic diet as a way to obtain the benefits of fasting through a nutritional approach that could be sustained long-term. In 1921, he conducted the first trial to assess the effect of a ketogenic diet on epilepsy patients.

Flash forward to just a decade ago, when Dr. Dominic D’Agostino at University of South Florida became interested in the effects of ketosis on seizure latency and its potential as a mitigation strategy for CNS oxygen toxicity in divers. With previous experience conducting research in undersea medicine, Dr. D’Agostino developed a study to assess the effects of exogenous ketosis (induced by consumption of a novel ketone ester, known as an acetoacetate diester) on oxygen toxicity seizure latency in small animals (D’Agostino 2013). Rats were monitored for oxygen toxicity symptoms and brain activity using EEG during a 5 ATA chamber dive on 100% oxygen, and they were either dosed with ketone diester (which exogenously increases all three ketone bodies), butanediol (which only increases the ketone body beta-hydroxybutyrate),  or water (control) prior to their dive.

Compared to water, the ketone diester induced a rapid and sustained elevation of all three ketone bodies and increased latency by a factor of five compared with water. Butanediol did not increase seizure latency even though it did effectively elevate blood beta-hydroxybutyrate. Demonstration of the increased oxygen toxicity seizure latency in rats in response to the ketone bodies acetoacetate and acetone, but not beta-hydroxybutyrate, was a significant finding. The study results also point to the different effects of the three different ketone bodies and the fact that not all exogenous ketones are the same when it comes to their potential applications.

It is important to note that findings from animal studies can fail to translate effectively to humans due to differences in physiology and a variety of additional factors. A human study that assesses the effects of the ketone diester on CNS oxygen toxicity will be critical before potential translation to the diving community. However, controlled human studies of human oxygen toxicity are also rare and can be difficult to conduct.

Given the low incidence of oxygen toxicity in divers, along with the ethical considerations of conducting oxygen toxicity interventional research in a non-medical, field-based setting, these human studies need to be conducted in a laboratory environment with the appropriate safety considerations, statistically-driven study design, and outcome measurements. As a starting point, and at the time of this article, a double-blinded, lab-based study of oxygen toxicity in humans on a ketogenic diet compared to normal diet was underway at Duke University.

When it comes to ketosis, there is still a significant amount of research that needs to be conducted before we know whether it could be beneficial and, most importantly, reliably safe in divers in a variety of conditions and exposures. In addition to the Duke oxygen toxicity study in humans, there are laboratory studies currently underway to evaluate the effect of ketone esters on cold water performance (e.g., core temperature, hand temperature, dexterity, and diver performance), hypoxia mitigation, and a variety of physical performance parameters. Beyond diving-specific applications, long-range studies that assess the health effects of sustained ketosis are underway and will provide a better understanding as to how the ketogenic diet and repetitive dosing of exogenous ketones impact long-term health and performance.

The SpruceEats.com: The 9 Best Keto Meal Delivery Services of 2020

Dr. Dawn Kernagis is a research scientist in the area of human performance optimization and risk mitigation for operators in extreme environments, such as those working undersea, at altitude, and in space. Her team’s current research efforts are funded through several DoD agencies and the NASA Translational Institute for Space Health.

Dawn came to IHMC from Duke University Medical Center, where she was an American Heart Association Postdoctoral Fellow and funded by the Office of Naval Research (ONR) to identify mechanisms and potential therapeutic targets for acute brain injury. She completed her PhD at Duke University as ONR Undersea Medicine’s first Predoctoral Award recipient.

Dawn is a technical diver and has managed numerous underwater exploration, research, and conservation projects around the world since 1993, including the deep underwater exploration of Wakulla Springs and surrounding caves. Dawn was inducted into the Women Divers Hall of Fame in 2016, and is a Fellow of The Explorers Club. In 2018, she received the Undersea and Hyperbaric Medical Society’s Young Scientist Award. She loves traveling, playing piano, and spending as much time outdoors and on the water as possible.