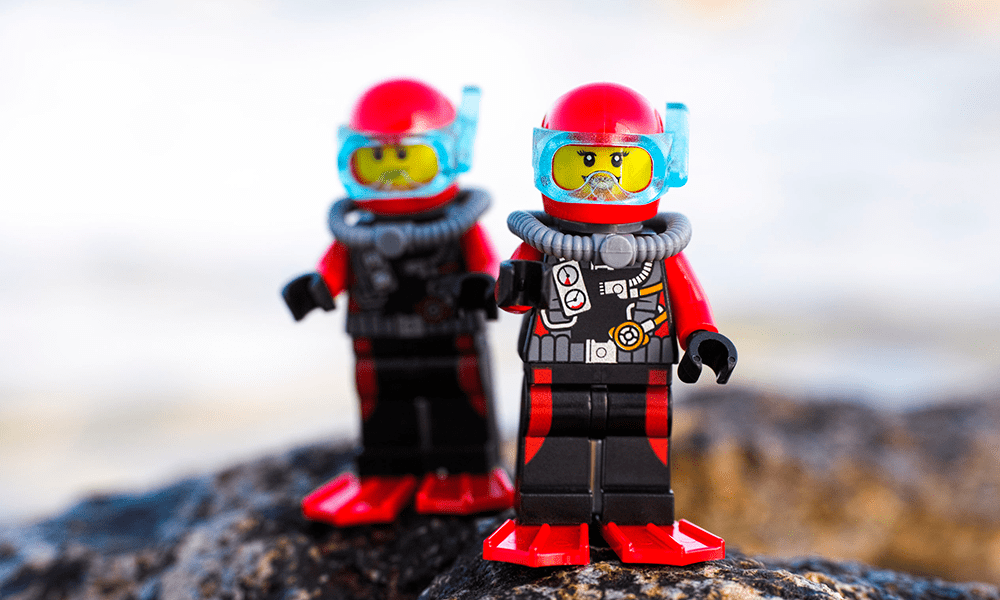 What do the following all have in common?

All of them represent mental models that I had or had developed as I learned to dive in different environments. These mental models allowed me to ‘not think’ about what I was doing, the new actions were based on subconscious thoughts. However, it took time to develop them because the early models were limited or flawed, and as a consequence, I either made mistakes or was task loaded trying to solve the problem, which meant I wasn’t efficient. But mental models don’t just relate to the physical or technical skills we develop, they also apply to the decisions we make and the risks we take. We are ultimately biased in our decision making and we need to be aware of this. The 175+ biases listed on the Cognitive bias Wikipedia page can be reduced down to four. Ironically, this in itself is a result of one of the biases!

Although we don’t like to admit it, many of the decisions we make are based on assumptions that something will happen the way it did the last time, because this allows us to reduce the mental energy we consume. We often talk of complacency as being a bad thing, or that ‘making assumptions’ makes an ass out of you and me, but in reality, these concepts are what allows us to operate at the pace we do. As divers (and humans) we need to change our attitude towards complacency and assumptions and recognize that we can’t stop using these tools. Rather we should look at when such automatic behaviors and associated application of mental models will get us into serious trouble if we remain on autopilot, and then slow down or stop to take a little more time to look at the situation. Sometimes this is difficult given the way our brains work because we don’t want to miss out on an awesome dive or because there are pressures to complete the dive. In fact, the more we are invested in a dive e.g. time, money, long-transit or road journey to get there, peer pressure or not wanting to let our buddies/teammates down, the harder it is to say, “We are not doing this dive” or “I’m thumbing it now”. While anyone can thumb a dive at any time for any reason, sometimes it’s not that simple when you are there in the moment, especially if your previous experiences of doing this were negative.

In addition to targeted training, three simple ways to reduce the impact of biases are:

Mental models are essential to high-performance teams. They reduce the mental workload involved which means they can focus on the goal of the dive. However, if those mental models are not closely aligned with reality, then accidents will happen. Most errors happen because of poor perception rather than poor decisions based on good information. As a good friend said to me recently, no surprises, no accidents. Karim Hamza delivering a debrief to three divers at the performance EDGE event in January 2017 in Seattle. Gareth Lock is an OC and CCR technical diver with the personal goal of improving diving safety and diver performance by enhancing the knowledge, skills, and attitudes towards human factors in diving. Although based in the UK, he runs training and development courses across the globe as well as via his online portal https://www.thehumandiver.com. He is the Director of Risk Management for GUE and has been involved with the organization since 2006 when he completed his Fundamentals class.

How Deep is Deep? The 20 Deepest Tech Shipwreck Dives and How They Compare to Dives in the 1990s