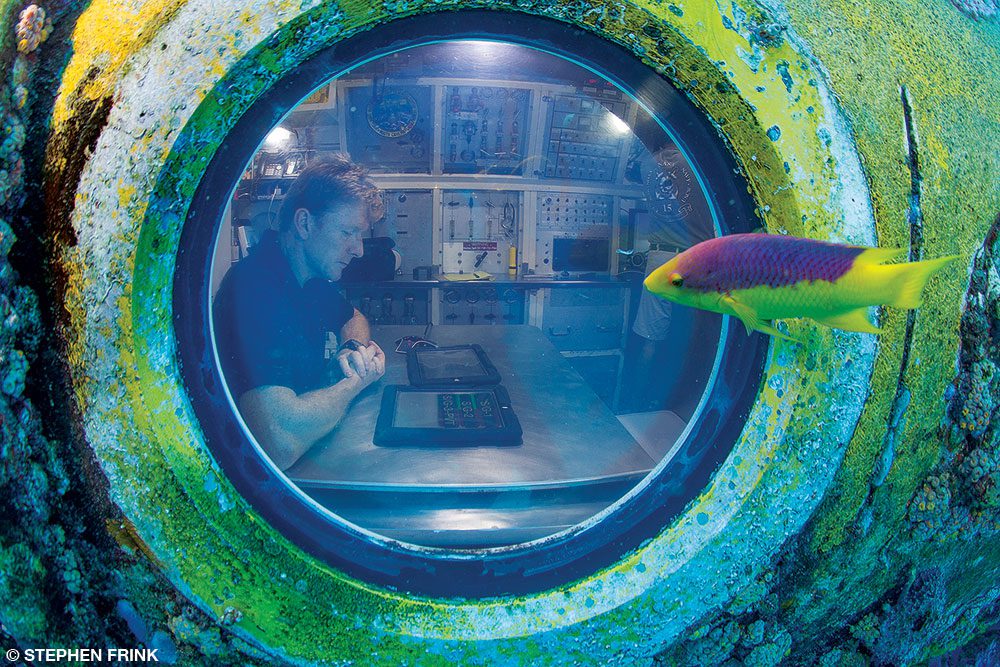 Decompression sickness is a complex and nuanced condition with innumerable contributing factors involved in a symptom evolution that can be difficult to predict. No major revelations in our understanding of DCS have been forthcoming in recent decades, and a cure-all solution to minimize or eliminate risk remains a pipe dream. Incredibly, however, that’s exactly what research from Weigang Xu, M.D., Ph.D., is indicating may be on the horizon.

Recent work from Xu has indicated that both preconditioning with hyperbaric oxygen (HBO) and some dietary supplementation may reduce DCS risk. Both theories are still unproven and rely on a new understanding of DCS evolution and the interplay between endothelial and inflammatory responses. However, both have shown promise in animal models. If proven these concepts could have wide-reaching and enormous implications for divers of all types.

Had this work been proposed a decade ago or even today by a new or unknown researcher, it might have been dismissed or at least greeted with considerable skepticism,  but Xu is a bona fide expert in this field with credentials and research accolades to back his claims. The current director of the Department of Diving and Hyperbaric Medicine at Military Medical University in Shanghai, Xu has worked as a dive physician since 1995, has  published more than 100 peer-reviewed papers, has authored more than a dozen textbooks, and currently heads the only organization in China eligible to train dive physicians for military, commercial, or recreational diving. Xu has used research from his lab and others as the foundation for these proposals and has tested them with animal studies. Here’s what we know so far.

Xu’s research focused on the use of pre-dive HBO to minimize the likelihood of a dive profile causing DCS symptom evolution. In a paper focused specifically on spinal column neurons, Xu and his colleagues found that preconditioning rats with a single exposure about 10 hours before a dive could reduce the incidence and severity of DCS (Huang, 2014). These pre-dive exposures were 60 minutes long at 280 kPA (about 2.76 atm) with 5-minute compression and decompression times.

Analysis of the data focused on the role of some specific heat shock proteins (HSP) in neuroprotective responses. The researchers theorize that these HSPs are markers for oxidative stress, and the anti-inflammatory result of some HSPs could be beneficial in preventing the onset or extent of DCS symptoms. The primary mechanism for DCS symptom reduction appeared to be the ability of rat spinal neurons to counteract injuries by upregulating HSP release. It is unknown what the specific mechanism of this protective behavior is, or whether additional or modified preconditioning could increase the effects. Similar studies have used various preconditioning protocols to show similar effects in cultured mice and swine, and at least one human trial is currently being planned.

The active compound in horse chestnut seed extract, ecsin, is a hot topic in the dive research community right now. Its efficacy is debated, but the paper Endothelia-Targeting Protection by Escin in Decompression Sickness Rats suggests that the properties are worth serious consideration.

In this study a population of adult male rats were given oral ecsin for 7 days at a dose of 1.8mg/kg/day before a simulated dive. The dive consisted of a 5-minute dive to 7 ATA, 90 minutes at that pressure and then a linear decompression of 2 ATA per minute. Following the dive the rats were made to walk 3 meters per minute for 30 minutes and watched for symptoms. The results showed superior performance in the ecsin group compared to the control, with incidence and mortality rates decreasing by about 36% and 46% respectively [ i.e. 75% vs. 47.5%, P=0.012, and 37.5% vs. 17.5%, P=0.045).

This paper focused on anti-oxidative effects and changes in endothelial (the tissue lining blood vessels, the heart and lymphatic vessels) indices in subjects following ecsin supplementation, linking it to a much larger conversation about the specific mechanism of DCS and the involvement of epithelial cells and inflammatory responses. Taken in context, it’s an enormous leap forward in what we know about how DCS can be modified and possible confirmation of the epithelial model for DCS evolution.

The mechanisms behind the action of ecsin are fairly well understood (Domanski, 2016) and point toward anti-inflammatory properties and some modification of vascular endothelial cells. Taken in context, this research (like much research in the world of hyperbarics) leaves us with more questions than answers but points toward a fascinating convergence of hypothetical modeling and real-world changes that could notably improve diver safety.

Will divers be preconditioning in chambers and supplementing with ecsin in 2020? It’s not likely (and it would be seriously ill-advised), but the academic and future real-world implications of this research are fascinating. More work has to be done to verify the results of both studies and to investigate possible side effects, but these studies make some interesting connections. The theorized mechanisms behind both concepts link their actions together and point toward modern models of DCS as the functions of more than just inert gas coming out of saturation in the body. Where this research will lead divers has yet to be seen, but it’s a good sign that a breakthrough in our understanding of hyperbaric physiology may be just over the horizon.

For more information on the specific mechanisms of oxygen toxicity and the ongoing clinical trials mentioned in this article, please visit the references linked below.