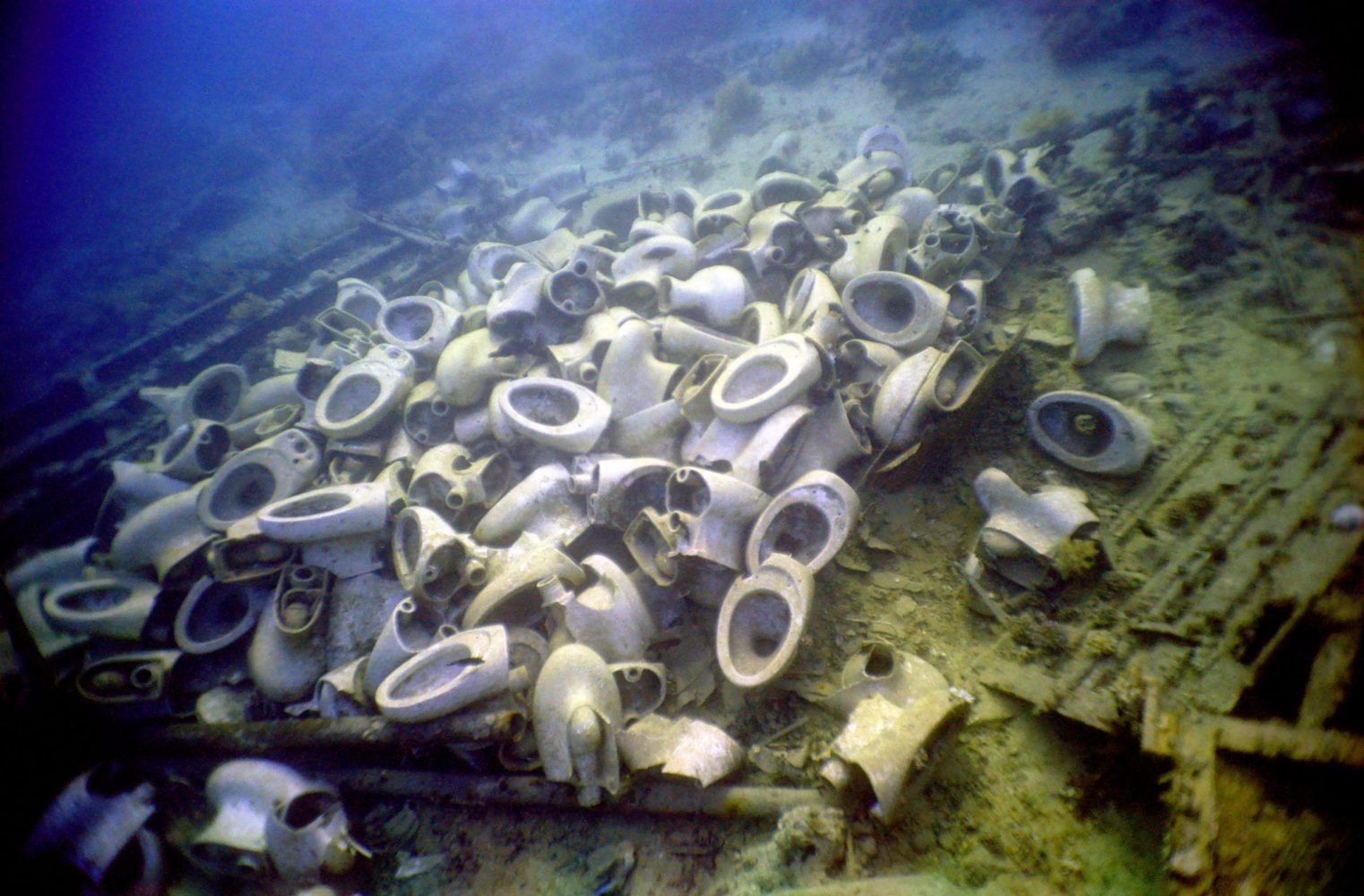 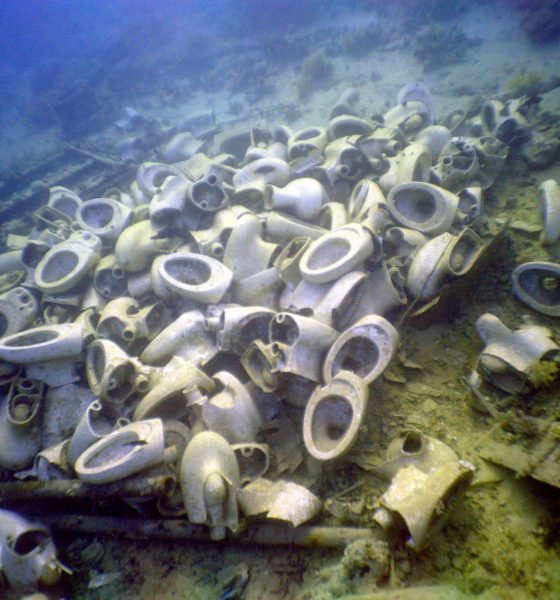 We teamed up with some potty-minded wreckers to explore the poop decks of shipwrecks around the world. Water sports anyone? We offer these heady bits.

In our ongoing search for unusual images, InDepth may have unwittingly uncovered a closeted water-based fetish among some of the who’s who of wreck diving. I shit you not.

The fit first hit the shan when we reached out to renowned British wrecker and photographer Leigh Bishop to see if he had any pictures of sunken shipwreck heads. Bishop was a bit dodgy in his email reply. “Just out of curiosity, who else have you asked? Has anyone actually come back and said they have photos of heads?”

Once we had Fockie and Bishop in the can, the others followed quickly without raising a stink. Crappy photos started to flow in. We had hit the thunderbox! In fact, shipwreck historian and producer Richie Kohler was one of the few who was obstructive. After complaining about not having a pot to piss in, the inveterate wrecker spilled the beans, “No crappy pix here,” he wrote. “You’re shit outta luck and gonna have to head elsewhere to find a John. Sorry for my potty-mouth. Toodle Loo.” Now that’s a “Dear John” letter!

Our efforts were deeply rewarded when we learned that our late dear brother, wreck diving pioneer Bart P. Malone (1946-2017) had a thing for honey buckets. A sweet guy, to be sure. Accordingly, we were able to extend a short but heady tribute to the legendary old-school wrecker, one that he would surely appreciate, as you will soon learn. Thank you Rusty Cassway and Becca Boring for this offering.

The bottom line? You be the judge. We think this was some pretty deep shit.—M2

Header image: A bevy of toilets from the Cypriot cargo ship Yolanda which grounded on a reef at Ras Muhammed in 1980, spilling her cargo. Image from Alamy Ltd.

Diving legend Bart P. Malone, who passed away in December, 2017, was an avid collector of shipwreck china. (He was also the co-founder of The Gas Station, the first technical mixed gas station in the Northeast US.) Bart collected ship line china from many of the classic wrecks including the Andrea Doria, SS Carolina and the Empress of Ireland. However, to Bart the quintessential piece of china to obtain was a ships head or toilet.  It was like a giant ceramic bowl. Just bigger.  Bart did this “tongue in cheek”, because as many who knew Bart were aware, he liked to spend a lot of time in the dive boat head prior to and after dives.—Rusty Cassway

Ed. Note: Shipwrecks that have been underwater for more than 100 years, including their sunken heads, are protected by the United Nations Educational, Scientific and Cultural Organization (UNESCO) Convention on the Protection of the Underwater Cultural Heritage. Divers are requested not to disturb or remove artifacts from these wrecks. Thank you Rupert Simon from Finland, for bringing this to our attention.

Related Topics:ExplorationfeaturedphotographyshipwrecksV 3.12Wreck diving
Up Next 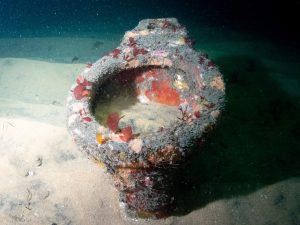 Rumor has it this portable porcelain pooper came from the nearby Ruby E, an artificial reef formed by the sinking of this former US Coast Guard cutter.

The Ruby E was sunk in 1989 and is now home to carpets of tiny colorful corynactis anthozoans, nudibranchs, schooling blacksmith, and an occasional octopus.

As of March 2022, this toilet bowl was sitting in the sand on the port side surrounded by tube anemones, a resident giant halibut and rainbow nudibranchs—Melissa Foo